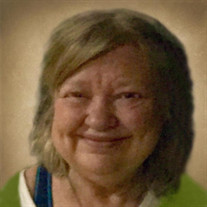 Lanelle M. Newell, 73, of Rehoboth Beach, DE, departed this life peacefully in her sleep at home on Sunday, December 5, 2021. She had led a life of creativity, compassion, and love of family. For many years a talented visual artist by education and profession, she continued to display that sensibility in her daily living. She was born Lanelle May Erkkila on May 11, 1948, in the iron range town of Virginia, MN. She was of Scandinavian heritage, daughter of the late C. Mauritz Erkkila (Finnish) and Lorraine (Lenberg) Erkkila (Swedish and Norwegian). Her earliest upbringing was in the Dakotas, and her family moved to Fairfax, VA in 1962, where her father continued his work as a consumer advocate in federal agencies, including the newly formed White House consumer affairs office. Lanelle attended Fairfax High School, graduating in 1966, honored for both academics and social grace. After availing herself of classes at both Northern Virginia Community College (NOVA) and George Mason University, she was married in Alexandria, VA on May 10, 1969, to James Newell, an engineering student at the University of Virginia in Charlottesville. The couple soon added a son and a daughter to their family. Lanelle, her husband and children lived for nearly two years (1972-73) in Heidelberg, West Germany after her husband was drafted into the U.S. Army during the Vietnam era while in law school at UVA. After returning to Charlottesville, she held administrative positions in UVA’s Department of Pharmacology and then resumed her education, earning a degree in Fine Art from the University, and a Master’s Degree in Sculpture from Virginia Commonwealth University in Richmond in 1979. The family relocated back to the Washington area, first to Manassas and then McLean, where Lanelle became an active participant in the Washington fine art scene. She had a studio at Hanover Place in NW DC, from which several prominent artists emerged. Her work was featured in galleries such as the Foundry Gallery in Georgetown and The Washington Project for the Arts, including a covert “guerilla” outdoor installation in the same event that introduced J. Seward Johnson’s famous “Awakening” statue to Washington (her sculpture, “A Big Tire Story” appeared on the front page of the Washington Post Style Section at the time.) At this time, she also held art teaching positions at NOVA and Parkmont School in DC, and later proudly performed volunteer services for the USO, an organization she continued to support for the remainder of her life. While health issues and family activities supplanted the emphasis on public art in her later years, she never lost her zest for imaginative travel, aesthetics and living vicariously through the careers and adventures of her children and grandchildren. After years of family vacations at the Delaware beaches, Lanelle and her husband acquired a second home in Rehoboth Beach, which became their principal residence in 2017. In addition to her parents, Lanelle was preceded in death by an older brother, noted wind instrumentalist and world music composer, Dan Erkkila. She is survived by her husband of 52 years, James Newell, an attorney; her son, Col. Mark Newell, US Air Force (and wife, Sheri); her daughter, Monica Newell and five grandchildren: Jasper and Joseph Gros, and Brooke, Braden, and Brent Newell. Also surviving her is a younger brother, Charles Erkkila and her nieces and nephews. All services will be private. Memorial contributions may be made in Lanelle’s memory to the United Service Organizations (USO), PO Box 96860, Washington, DC 20077-7677. Please sign the virtual guestbook located on the tribute page.

Lanelle M. Newell, 73, of Rehoboth Beach, DE, departed this life peacefully in her sleep at home on Sunday, December 5, 2021. She had led a life of creativity, compassion, and love of family. For many years a talented visual artist by education... View Obituary & Service Information

The family of Lanelle M. Newell created this Life Tributes page to make it easy to share your memories.

Send flowers to the Newell family.