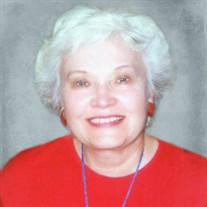 Lana Catherine Cobb, 85, of Rehoboth Beach, DE, formerly of Gaithersburg MD, passed away on December 2, 2019 at Brandywine Seaside Point Assisted Living Facility, Rehoboth Beach, where she resided for over three years. Born in Middletown MD, on February 18, 1934 to the late Albert Bowers and Nellie (Shank) Bowers, she worked for various companies in Maryland prior to working for three federal government agencies. These include the US Atomic Energy Commission, the US Nuclear Regulatory Commission, and the US Department of Energy. She retired in 1999 after over 30 years of government service. After working for several years she returned to school and graduated from the University of Maryland with a bachelor’s degree in 1986 and continued at Frostburg University, Maryland where she received a master’s degree in 1991. Programs revolving around education and womens’ issues were a high priority all her life. After moving to Rehoboth Beach DE in 2002 she volunteered for a wide range of groups and organizations in Sussex County. These included The Cape Henlopen Food Basket, Leashes of Love, National Association of Federal Retired Employees, AAUW (American Association of University Women), the West Rehoboth Housing Coalition Council, and New Beginnings, an after school mentoring program. Lana was a passionate animal lover and could be seen riding her three wheeled bike with her dog Mojo around her neighborhood. She was loved by many and will be deeply missed by her large family and her many friends. Lana was preceded in death by her husband, Leonard Cobb. She is survived by her daughters: Linda Flook of Hagerstown, MD, and Patti Cornell of Rehoboth Beach, DE; her son, Kim Rhodes of Boonsboro, MD; her three grand-children; her three great-grandchildren; and her four great-great-grandchildren. A funeral service will be held on Thursday, December 12 at 11:30 a.m, at Epworth United Methodist Church, 19285 Holland Glade Road, Rehoboth Beach, DE. The family suggests memorial contributions in Lana’s name to The Dementia Society of America, PO Box 600, Doylestown, PA 18901, or Brandywine SPCA, 22918 DuPont Boulevard, Georgetown, DE 19947. Please sign the online guestbook located on the tribute page.

The family of Lana C. Cobb created this Life Tributes page to make it easy to share your memories.

Send flowers to the Cobb family.