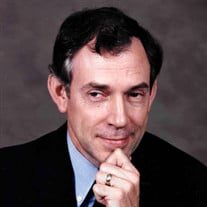 Kenneth Alan Phillips, 78, passed away peacefully on Thursday, June 3 at his home in Millville, Delaware after a courageous five-year battle with cancer. Ken was born in Cumberland, Maryland on July 24, 1942 to Wayne and Delphia Phillips. As a teenager, he was a gifted athlete-a standout in basketball, track and field, and football at Ridgely High School in Ridgely, West Virginia. Ken was crowned Homecoming King, named Most Popular and Most Courteous, and served as president of both the Honor Society and his high school class. After graduating in 1960, he left Cumberland to pursue a degree in math at West Virginia University. At the urging of one of his professors, Ken changed his major to aerospace engineering, eventually earning a Bachelor of Science degree in 1964. During his time at WVU, he was a member of Phi Kappa Alpha fraternity. On June 6, 1964, he married his sweetheart, Sue Carol Chaney. (Their 61-year relationship began with a blind date!) Ken shelved his plan to pursue a Master’s degree in mathematics at the University of Maryland College Park when he was offered a position as an aerospace engineer by the Department of the Navy at the David Taylor Naval Surface Warfare Center in Carderock, Maryland. It was the first and only job of his career. Ken loved his work and was the recipient of numerous distinguished employee awards over the course of his 38-year career. Due to the level of Ken’s security clearance, his family was largely in the dark about the nature of his work. (His son remembers cryptic references to propulsion and weapon systems on the F-14 and F-18. He was also on the team that developed the stealth bomber.) He retired in 2003. Ken was a devoted husband, father and grandfather. In 2017, he and Sue moved from Damascus, Maryland-their home for more than 40 years-to the Delaware shore. In retirement Ken remained active in the Lions Club International, occupying various leadership roles. He enjoyed playing golf, following the WVU Mountaineers, and undertaking a wide-range of home projects. His memory will be cherished and kept alive by his adoring wife, Sue; his children: Kimberly Leggieri (Bob) and Craig Phillips (Erika); his four grandchildren: Drew Leggieri, Tori Konrad, Grace and Adelaide Phillips; his two great-grandchildren: Lily and Mason Konrad; his brother, Charlie Phillips (Regina); and many nieces and nephews. Family and friends will gather to celebrate this wonderful man on Friday, June 11, 2021 at 11:00 AM at Parsell Funeral Homes & Crematorium, Clarksville Chapel, 34874 Atlantic Avenue, Ocean View, DE, where friends may visit beginning at 10:00 AM. A small reception will follow. In lieu of flowers, the family is requesting donations to the International Myeloma Foundation in his name. Select “donate and tribute” at www.myeloma.org . Donations may also be made to the Lord Baltimore Lion’s Club chapter, making checks payable to L.B.L.C., PO Box 525, Ocean View, DE 19970. Please include “In Memory of Lion Ken Phillips” in the memo section. Please sign the virtual guestbook located on the tribute page.

Kenneth Alan Phillips, 78, passed away peacefully on Thursday, June 3 at his home in Millville, Delaware after a courageous five-year battle with cancer. Ken was born in Cumberland, Maryland on July 24, 1942 to Wayne and Delphia Phillips.... View Obituary & Service Information

The family of Kenneth Alan Phillips created this Life Tributes page to make it easy to share your memories.

Send flowers to the Phillips family.