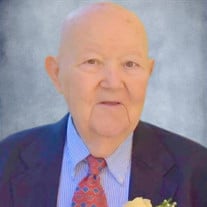 FLORIST NOTE: PLEASE DELIVER ALL ARRANGEMENTS BY 3PM SATURDAY, NOVEMBER 16, 2019 TO OUR LEWES LOCATION. Keith Dale Cutbill, 86, passed away November 2nd, completing a life full of love for song, great food, and family. Born in Bridgeport, Connecticut, in 1933, Mr. Cutbill’s childhood was marked at age 12 by the passing of his father, Clinton Keith Cutbill, Jr. His mother, Alice Dale Cutbill raised him and his brother as a single mother in the years following the end of World War II. Yale University offered Mr. Cutbill a scholarship and an opportunity to play on the school’s football squad. He also attended the University of Bridgeport to obtain an accounting degree. In 1956, Mr. Cutbill wooed and married Carol Christine Comlish, of Lordship, Connecticut, making her his bride of 63 years. Together, they raised six children. He filled their lives with lavish holiday dinners, evenings crowded around the family organ singing together, camping vacations, and station wagon trips across New England and the Mid Atlantic. The family car trips created vivid memories of picnic table lobster dinners in Maine, lingering over jellies and quilts handmade by the Amish, visits to Colonial Williamsburg, and increasingly frequent visits to the sun, beach, and sand of the Delaware seashore. His pumpkin pie is still the envy of his children, and his dedication to hand-whipped cream is a badge of pride among his kids, who follow his tradition. Every Christmas he baked dozens of cookies and orange peel candy and distributed them to family and friends. Mr. Cutbill’s working life was launched as an employee of American Airlines and later as Chief Financial Officer for a number of corporations in and around New York City and Cambridge, MA. Mr. Cutbill also served as CFO for Radiation Dynamics Inc, a then-emerging technology company headquartered in Long Island and was Chairman of its subsidiary in the United Kingdom. On his retirement from corporate life 30 years ago, Mr. Cutbill and his wife moved, with their sixth and final child at home, to Lewes, Delaware, following years of vacationing in Lewes and Rehoboth Beach. They set up house in Shipcarpenter Square, then an effort to document Colonial and early life in Delaware. Unwilling to sit still, Mr. Cutbill opened a computer parts and services store in a storefront along Route 1, Micro Techniques. He operated Micro Techniques for years, staying current with trends and the rapid development of technology, and a frequent “fixer” of personal and other small-business computers in the region. A lifelong love of music filled Mr. Cutbill and his family with song. As a young man, Mr. Cutbill participated in plays and musicals and sang in the school glee club. His love of musicals and music included a love of Broadway, taking the family to shows about once a year, and volunteering to help with school productions by building sets. An active member of the Barbershop Harmony Society, also known as the Society for the Preservation and Encouragement of Barber Shop Quartet Singing in America (SPEBSQA), Mr. Cutbill was often sporting a bow tie, striped shirt and straw boater as he led his wife and children to concerts and shows, singing long into the night in what is known in SPEBSQA circles as the “afterglow.” Mr. Cutbill was an avid reader, visiting the Lewes Public Library multiple times a week, a fan of legal thrillers and mystery novels. He was a fan of the New York Football Giants, religiously watching games every week, often upset by officiating and coaching decisions. In his final years, Mr. Cutbill focused his energies on taking care of his wife, Carol, and tending to the garden a few steps from their home kitchen. He canned frequently, filling his pantry shelves with homemade pickles, salsa and spaghetti sauce. He is survived by his wife, Carol, his children, Catherine Cutbill, Christy Cutbill McCormick, Laura Cutbill, Lynda Cutbill, Charles Cutbill and wife Corie, and Cecily Cutbill Thorne and husband Christopher, and grandchildren, Mead McCormick and her husband Darrell Brett, Parker Cutbill, Caroline Thorne, William Thorne, and Bentley Cutbill. He was preceded in death by his mother Alice Dale Cutbill in 1991, and brother, Richard Cutbill in 2011. A funeral service will be held on Sunday, November 17, 2019 at 11:00 AM, at Parsell Funeral Home & Crematorium, Atkins-Lodge Chapel, 16961 Kings Highway, Lewes, DE, where friends may visit beginning at 10:00 AM. Interment will follow the services at St. Peter’s Episcopal Cemetery, Pilottown Road, Lewes, DE. In lieu of flowers, the family is asking for donations in his name to the American Diabetes Association, the National Alliance of Mental Illness, or the Lewes Public Library. Please sign the online guestbook located on the tribute page.

The family of Keith Dale Cutbill created this Life Tributes page to make it easy to share your memories.

Send flowers to the Cutbill family.