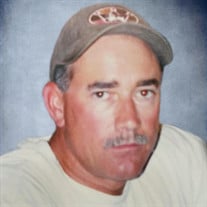 John C. Webb, age 67, of Rehoboth Beach, DE passed away peacefully on Wednesday, December 29, 2021, at Bayhealth Hospital in Milford, DE. He was born on February 15, 1954, in Lewes, DE son of the late Charles J. Webb and Jane Chambers Gale Webb (Dodge). John grew up on Elizabeth Avenue in Dewey Beach. He attended Rehoboth High School and studied drafting at the Delaware Technical & Community College. John was a local “Custom”builder by trade. His building & remodeling projects can be easily seen all around our local towns. John enjoyed spending time with his best friend, Sissy, taking walks on the beach and boat watching at the Indian River Inlet, and Lake Gerar. He also enjoyed riding his moped all around town. Above all, John loved spending time with those he held most dear. John was a loving and devoted father, grandfather, and friend. He will be deeply missed by all who knew him. John is survived by his best friend, “Sissy “Morrison of Rehoboth Beach, DE.He also leaves behind his son, John C. Webb Jr., and his wife Kimberly; his grandchildren: Jordan, Haley, & Joshua Webb; his sisters: Wendy A. Webb and Debra B. Jones and her husband Walter; his brother Johnathon Jay Webb and his wife Beth; his nieces: Melissa Brozefsky, Katherine M. Watts,Monica McGraw and her husband Chip; his nephews: Jacob Webb and his wife Jamie, Ty Webb, John Harvey Webb, Jimmy Travis and Sean Travis.as well as a host of great nieces and nephews and friends. A memorial service will be announced at a later date. Final care for John has been entrusted to Parsell Funeral Homes and Crematorium, Atkins-Lodge Chapel, Lewes, DE. Please sign the virtual guestbook located on the tribute page.

The family of John C. Webb Sr. created this Life Tributes page to make it easy to share your memories.

Send flowers to the Webb family.