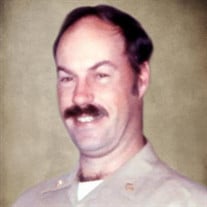 John M. “Mickey” Truitt, age 68, of Lewes, DE, passed away on Monday, January 17, 2022, at Beebe Medical Center. He was born on June 23, 1953, in Milford, DE, the son of the late Clarence D. and Edith F. (Davis) Truitt. Mickey lived with his foster family, the Hudson’s and attended Cape Henlopen High School, in Lewes, DE. After graduating, he enlisted in the U.S. Navy, where he served 24 years, retiring from active duty in 1996, earning the rank of Chief Petty Officer. A true patriot, he took immense pride in serving his country in the Armed Forces. After his retirement from the Navy, Mickey traveled extensively, exploring the country he served, living his life to the fullest, before finally returning to settle in his hometown of Lewes. As a young man, he enjoyed participating in the high school band in which he played drums and kept his love of music throughout his life. Mickey attended Midway Presbyterian Church, where he met and married his former wife, Doreen Truitt. He was a good provider for his family and a loving father to his son, Michael, and daughter Miranda, with whom he shared his love of sports and service to our country. In retirement, Mickey enjoyed trying new opportunities, including working in electronics in Oregon, on a horse farm in Washington, and completing his licensure as a CNA to work in hospitals. Upon returning to Lewes, he worked at the Moorings as a security officer, and helped at his foster brother, Kenny Hudson’s, auto shop. In addition to his parents, Mickey was preceded in death by his older brother, Bobby Truitt. He is survived by his former wife, Doreen Truitt; his son, Michael Truitt (Raquel) of Townsend, DE; his daughter, Miranda Wagner (Shane) of Cody, WY; his grandson, Russell Truitt; and his younger brother, Glenn Truitt (Tammy). Chapel committal services with military honors will be held on Friday, February 4, 2022, at 1:00 PM at Delaware Veteran’s Memorial Cemetery, 26669 Patriot’s Way, Millsboro, DE 19966. In lieu of flowers, the family requests memorial contributions in Mickey's memory to the American Red Cross (www.redcross.org) or the Navy Relief Fund Navy-Marine Corps Relief Society, Attn: Development Department, 875 N. Randolph St. Ste 225, Arlington, VA 22203 (www.nmcrs.org/donate http://www.nmcrs.org/donate). Please sign the virtual guestbook located on the tribute page.

The family of John Michael Truitt created this Life Tributes page to make it easy to share your memories.

Send flowers to the Truitt family.