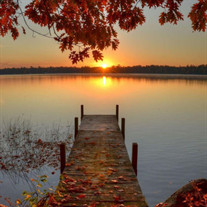 John Edward Perry III, age 68 of Millsboro, DE, passed away on Sunday, March 20, 2022, at his residence in Millsboro, DE. He was born on July 23, 1953, in Neptune, NJ, son of the late John Edward Perry, Jr. and Dorothy Mae (Shutzer) Lindsay. Mr. Perry called Millsboro, DE home for the past 20 years. He grew up in Freehold, NJ and attended Freehold Borough High School, Class of 1971. Mr. Perry enjoyed his career as a nurse’s aide working in various nursing homes in NJ & DE. He liked watching Fox News and adored spending time with his family and friends. Mr. Perry was very outgoing and an opinionated talker. He had a love for cats especially his beloved Peanut. In addition to his parents, Mr. Perry was preceded in death by his partner of 30 years, Tom Snyder; and his stepfather, James Lindsay. He is survived by his siblings: Ella Cunningham (Joe) of Howell, NJ, Brenda Lopez of Danville, VA, Terry (Victor) Gomez of Freehold, NJ, and Gwen Lindsay of Jackson, NJ; and his five nieces and nephews. The family would like to extend a special thank you to Mr. Perry's friend and caretaker, Ed Fowler. All services will be private. Please sign the virtual guestbook located on the tribute page.

The family of John Edward Perry III created this Life Tributes page to make it easy to share your memories.

Send flowers to the Perry family.