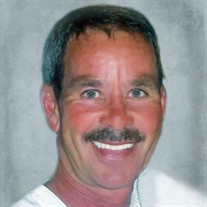 John "Jack" F. Meaney Jr., age 65 of Lewes, DE and formerly of Rockland County, NY, passed away on Monday, September 14, 2020. He was born on November 14, 1954 in Bronx, NY, son of the late John F. Sr. and Margaret (O'Leary) Meaney. Jack built a career as a special education teacher, working with children from kindergarten through 6th grade in the inner city of the South Bronx. A most dedicated educator, Jack found great joy and fulfillment in making a difference in so many young lives. Six years ago, upon his retirement, Jack moved to Delaware. An avid sailor with a true love of the beach and ocean, he took advantage of everything coastal living had to offer. Jack's interests were many and varied. He enjoyed doing crossword puzzles, was a die-hard Boston Red Sox fan, and volunteered his time delivering Meals on Wheels. With a contagious smile, Jack always made anyone he met feel special and important. Above all, Jack cherished time spent with those he held most dear. He was a loving and devoted husband, brother, uncle, and friend who was loved by many and will be deeply missed by all who knew him. In addition to his parents, Jack was preceded in death by his brother, Michael Meaney; and his sister, Marian Grimshaw. He is survived by his beloved wife of 26 years, Lorraine M. Meaney of Lewes, DE; his brother, Martin Meaney (Jacqueline) of Long Island, New York; his sister, Regina Stone (Colin) of FL; his nephews: John Stone and Sean Meaney; his nieces: Jennifer Stone-Lagendak, Maggie Grimshaw, Katie Meaney, and Claire Meaney; and his in-laws: Nancy Talarczyk (Robert) of Lancaster, PA and Glen Trezise (Hillary) of Millersville, PA. Services will be announced at a later date. In lieu of flowers, contributions in Jack's memory are suggested to Meals on Wheels Lewes-Rehoboth, 32409 Lewes Georgetown Highway, Lewes, DE 19958, or Seasons Hospice & Palliative Care, 220 Continental Drive, Suite 407, Newark, DE 19713. Please sign the online guestbook located on the tribute page.

The family of John "Jack" F. Meaney created this Life Tributes page to make it easy to share your memories.

Send flowers to the Meaney family.