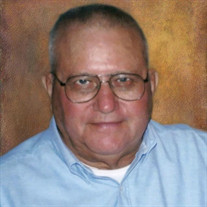 FLORIST NOTE: PLEASE DELIVER ALL ARRANGEMENTS BY 3PM THURSDAY, OCTOBER 10, 2019 TO OUR LEWES LOCATION. John "Ted" Theodore Fort Sr., age 89 of Milton, DE, passed away on Thursday, October 3, 2019, at his home surrounded by his family. He was born on January 25, 1930, in Washington, DC, son of the late John Henry and Nettie Viola Fort. Mr. Fort was a proud US Navy Veteran, having served in the Korean War then retiring as Chief Petty Officer after 20 dedicated years. His patriotism and service to country continued for another 20 years through his civilian career in the Navy. He was a member of the Improved Order of Red Men, Indian River Tribe 37 and a past Great Sachem. Mr. Fort had many interests, including antique cars, anything to do with the US Navy, and the Red Men. Above all, he was a loving and devoted husband, father, grandfather, brother, and friend who will be deeply missed by all who knew him. In addition to his parents, Mr. Fort was preceded in death by his son, James Bryan Fort; his brothers: Harry Fort and James Fort; and his sisters: Patricia Roach and Viola Smith. He is survived by his beloved wife, Shirley Ann Fort of Milton, DE; his sons: John T. Fort, Jr. (Irma) of Oklahoma City, OK, and Kenny Fort of Wells Tannery, PA; his daughters: Geri L. Cahill (Kevin) of Milton, DE and Joyce A. Fort of Fort Washington, MD; his daughter-in-law, Karen Fort of Millsboro, DE; his grandchildren: Christian, Jeremy, and Sean Cahill, and Ami Hughes; Erik, Teddy, and Tiffany Fort; his 6 great-grandchildren; his sister, Jeannie Holtery (Mike) of Lusby, MD; and his brother-in-law, Jerry Smith of Lusby, MD. Chapel Committal Services will be held on Friday, October 11, 2019, at 10:00 AM at Delaware Veterans Memorial Cemetery, 26669 Patriots Way, Millsboro, DE. In lieu of flowers, the family suggests contributions in Mr. Fort's memory to Home of the Brave Foundation, 6632 Sharps Road, Milford, DE 19963. Please sign the online guestbook located on the tribute page.

FLORIST NOTE: PLEASE DELIVER ALL ARRANGEMENTS BY 3PM THURSDAY, OCTOBER 10, 2019 TO OUR LEWES LOCATION. John "Ted" Theodore Fort Sr., age 89 of Milton, DE, passed away on Thursday, October 3, 2019, at his home surrounded by his family. He was... View Obituary & Service Information

The family of John T. Fort created this Life Tributes page to make it easy to share your memories.

Send flowers to the Fort family.