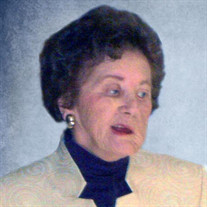 Jeanne Muriel Van Heest “GiGi,” age 84 of Lewes, DE passed away peacefully, at home surrounded by her family on Thursday, March 31, 2022. Jeanne was born in Boston, MA on March 24, 1938, daughter of the late Charles Ward French and Grace Muriel (nee Hickey). She was preceded in death by her husband Robert “Bob,” Brother Chuck French, and Son-in-Law Bud Rickards. Jeanne grew up in Ridgewood, NJ, went to Ridgewood High School and married her high school sweetheart Bob in 1955. They started their family and moved to Delaware in 1961 with 4 young children. They added two more after moving to Delaware, where the family lived until 1968 when they relocated to Texas. After a couple of years there they moved the family to Tennessee where she and Bob built a beautiful home on 21 acres in the country, with cows, horses, pigs and a large garden. Then in 1977 she and Bob moved back to Delaware where they started a new venture together. Jeanne along with her husband, became involved in the development of First Sate Chemical where they worked side by side for many years. She was the “chief financial officer,” “head of human resources” and “supply chain manager.” Jeanne and Bob, along with other partners, grew the business. After leaving First State Chemical she later became the “J” of B&J Builders where she and Bob began a couple of real estate ventures. Jeanne opened and operated the Christmas Tree Shop in Hockessin and later opened an antique shop in Milton. She and Bob designed and built their retirement home in Angola by The Bay and together they grew their real estate business, building homes and purchasing several homes as rental properties for their retirement. Jeanne was very active in the ABTB Women’s Club and made numerous friends in the community. Jeanne was a loving and devoted daughter, wife, mother, sister, aunt and friend. She was dedicated to her children and made sure they were given the best of everything. She spent many hours taking them to scout meetings, sporting events, dancing lessons, etc. Jeanne was always there to listen and help whenever someone needed her. She loved family gatherings, especially Thanksgiving at her house. She had a variety of interests that she enjoyed, such as the Altar Society for St. John The Beloved, playing bridge, gardening, playing the piano, sewing and crossword puzzles. Occasionally Jeanne worked as a substitute teacher and was an active member in the League of Women Voters. Jeanne is survived by her 6 children: Kathleen Judefind (Ron Herman) of Millsboro, Sharon Rickards of Milton, Robert Jr (Katie) of Newark, Cornelius “Neil” of Lewes, Charles “Chuck” (Joy) of Lewes, John “J.J.” (Sandy) of Florida; her 17 grandchildren and 22 great-grandchildren. She also leaves behind her loving sister, Dianne Sarno of NJ, her brother John French of MA and her nieces and nephews. A funeral service will be held on Monday, April 11, 2022, at 11:00 AM at Parsell Funeral Homes and Crematorium, Atkins-Lodge Chapel, Lewes, DE, where friends may visit beginning at 10:00 AM. Interment will follow at All Saints Cemetery, Harbeson, DE. All who cannot attend in person are invited to join the services via live streaming by visiting the following link: http://www.parsellfuneralhomes.com/obituaries/permalink/10433882/LTWebcast. Mask wearing is required, and social distancing must be observed by all service attendees and participants. In lieu of flowers contributions can be made in Jeanne’s memory to Compassionate Care Hospice, 416 Williams Street, Milford, DE 19963. Please sign the virtual guestbook located on the tribute page. FLORIST NOTE: PLEASE DELIVER ALL ARRANGEMENTS BY 5:00 PM, SATURDAY, APRIL 9, 2022, TO OUR LEWES LOCATION.

The family of Jeanne Muriel Van Heest created this Life Tributes page to make it easy to share your memories.