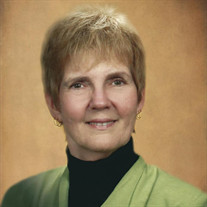 Janet Louise McGinniss of Lewes, passed away peacefully at home on August 25, 2021, surrounded by her family after a long battle with Multiple Sclerosis Louise was born in Wilmington on Feb 6, 1941, to Frederick and Lillie Maske. She attended the Marshallton School and HC Conrad High School where she excelled in basketball, softball, and field hockey. In 1961, Louise married her high school sweetheart, Walter Preston McGinniss and moved to Claymont. In 1962, Walt joined the Wilmington Fire Department and they moved back to Wilmington where Louise worked for the Diamond State Telephone Company and later retired from the Cigna Insurance Company. During her life, Louise was an athlete. She bowled for several leagues including the Wilmington Turners where she was a past president of the Ladies Auxiliary. In 1991 Louise was diagnosed with MS and in 1999 Louise retired to Lewes with her husband and joined the YMCA of Rehoboth where she volunteered and taught children to swim. During her long battle with MS, Louise never let it hold her back. She received numerous awards for volunteerism including the 2010 Jefferson Award for Outstanding Community Service, the 2003 Sussex YMCA Volunteer of the Year Award and she was presented with the 2005 Funky Monkey Award for outstanding work as a role model for others with Multiple Sclerosis. She was the first recipient of the Delaware Senior Olympics Charlie Marten Award in 2005 and received the Wilma Rudolph Award for Courage and Overcoming Adversity in Athletic Performance in 2007. Louise was an avid swimmer and participated in the Annual Lewes Polar Bear Plunge for 17 years. Each year she raised over $2,500 for the Special Olympics. Louise was also a Gold, Silver and Bronze Medalist in the Delaware Senior Olympics. She also volunteered at the MS Bike to the Bay, The Dewey Beach Triathlon, and the MS Walk where she and her teammates were avid fundraisers. Louise was a proud member of the Sussex County MS Shore Group, the American Legions Post 28, the Wilmington Turners Club, and the Conley’s United Methodist Church. Louise is survived by her husband Walter of 60 years; her daughter, Kimberly Burns; son-in-law, John; two grandsons: John “JB” Lawrence Burns III and Shane Donegal Burns; her son, Kenneth McGinniss and brother Fred Maske and his wife Marlene; and a niece and nephews. Louise was predeceased by her parents Frederick and Lillie Maske and her brother Donald W. Maske. A celebration of life will be held on Saturday, September 11, 2021, at 11:00 AM, at Conley's United Methodist Church, 33106 Jolyn's Way, Lewes, DE where friends may visit beginning at 10:00 AM. Interment will be private. In lieu of flowers, the family suggests contributions to the Special Olympics Delaware, 619 South College Ave, Newark DE 19716, and the Conley’s United Methodist Church, 33106 Jolyns Way, Lewes, DE 19958. Please sign the virtual guestbook located on the tribute page.

Janet Louise McGinniss of Lewes, passed away peacefully at home on August 25, 2021, surrounded by her family after a long battle with Multiple Sclerosis Louise was born in Wilmington on Feb 6, 1941, to Frederick and Lillie Maske. She attended... View Obituary & Service Information

The family of Janet "Louise" McGinniss created this Life Tributes page to make it easy to share your memories.

Janet Louise McGinniss of Lewes, passed away peacefully at home...

Send flowers to the McGinniss family.