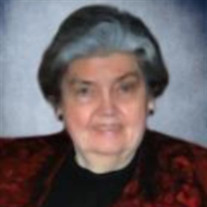 Jane Elizabeth McFarland, age 84, of Rehoboth Beach, DE, formerly of Chattanooga, TN, died on Tuesday, April 5, 2022. She was born on June 22, 1937, in Athens, TN, the daughter of the late John Homer McFarland and Martha Virginia (Large) McFarland. Ms. McFarland graduated from Chattanooga High School, where she was co-valedictorian. She graduated Magna Cum Laude, Phi Beta Kappa with a Bachelor of Arts Degree from Smith College, earned a Masters of Divinity Degree from Yale Divinity School, then went on to earn a Masters of Library Science Degree from the University of North Carolina. Her love of the written word began at an early age and carried throughout her life. As a seven-year-old, she wrote to the author Laura Ingalls Wilder, telling her that she had named her dolls after the Ingalls family children, to which she received a reply from Mrs. Wilder, a memory that she and her family cherished. Her career began as a teacher at the Northfield School for Girls where she taught Old Testament and Ancient Medieval History from 1961-1962, then became the Head of Reference and Circulation at the Yale Divinity Library from 1963-1971 in New Haven, CT. From 1972- 1777 she was the Head Librarian at Bradford College in Bradford, Massachusetts. She relocated to Tennessee where she became the Reference Librarian at University of Tennessee at Chattanooga from 1977-1980 and spent the last twenty-two years of her career at the Chattanooga-Hamilton County Bicentennial Library, where she was Head of Reference and Information from 1980-1986 and was the Director from 1986 until her retirement in 2002, a career that gave her a great amount of joy and satisfaction. In Jane’s spare time, she was an avid reader, enjoyed needlecraft, attending theater and travel, having enjoyed many trips to Europe with her beloved sister, Nancy. She had a loving and giving personality and her generosity to those that were a part of her life will always be remembered. Above all else, she was a loving and devoted daughter, sister, aunt, and friend and will be missed by those who had the good fortune to have known her. She is survived by her sister, Nancy Sue Dicken of Rehoboth Beach, DE, her nephew, John E. Dicken (Rhonda L.) of Germantown, MD, and her nieces Adelaide Dicken of Brooklyn, NY, and Bethany S. Sanecki (Carter) of St. Charles, IL. Final care has been entrusted to Parsell Funeral Homes and Crematorium, Atkins-Lodge Chapel, Lewes, DE. Services are private. In lieu of flowers, her family recommends donations be made in Ms. McFarland’s memory to World Central Kitchen, Attn: Donor Services Team, 200 Mass Ave NW, 7th Floor, Washington, DC 20001 or online at www.wck.org , or to the Safe Harbor United Church of Christ, P.O. Box 193, Milton, DE 19968. Please sign the virtual guestbook located on the tribute page.

The family of Jane Elizabeth McFarland created this Life Tributes page to make it easy to share your memories.

Send flowers to the McFarland family.