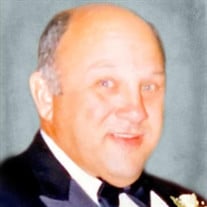 James R. Wolford, “Jim,” age 88 of Rehoboth Beach, DE, passed away peacefully Friday, January 14th, 2022, at his home with his loving wife Donna by his side. He was born on January 29, 1933 in Johnstown, Pennsylvania, son of the late James and Irene (Weaver) Wolford. Jim was a proud veteran, having honorably served during the Korean War Era. He built a career as a steel worker and served three years as the President of the Gautier Local Union #2632. Jim retired from Bethlehem Steel in Johnstown, Pennsylvania, following 30 dedicated years. He also had a second career at the Naval Surface Warfare Center in Bethesda, Maryland, from which he retired in 1996. Jim loved the outdoors, hunting and fishing, and was an avid Pittsburgh Steelers fan. He was a loving and devoted husband, father, grandfather, brother, and friend, who will be deeply missed by all who knew him. In addition to his parents, Jim was preceded in death by his brother, Robert Wolford; (Nancy (Bending) Wolford);his sister Catherine “Joanne” Henley; his sister-in-law, Gloria (Brown) Wolford; and his son-in-law, Glenn Merchant. He is survived by his beloved wife of 65 years, Donna (Liphart) Wolford; his children: Mark Wolford and Tracey Merchant, both of Silver Spring, MD; and his grandsons, of whom he couldn’t have been prouder: Eric, Matthew and Kevin Merchant (Alana); and his brother, Jerry Wolford of Cleveland, OH. Please sign the virtual guestbook located on the tribute page. Services are private.

The family of James R. Wolford created this Life Tributes page to make it easy to share your memories.

Send flowers to the Wolford family.