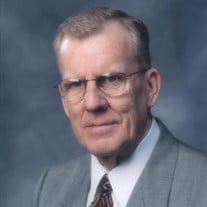 James K. Rifenbergh one of the good guys On Saturday, March 28, 2022, James Rifenbergh passed away peacefully, owing to complications of dementia. Jim was born in the small town of Oconto Falls, Wisconsin, on September 21, 1930.His birth, during the Great Depression, was a blessing to his parents, the late Kent and Marvel (Peterson) Rifenbergh. Jim graduated from Washington High School, where he excelled in sports and earned an Eagle Scout badge. He received a B.S. in Electrical Engineering from the University of Wisconsin and an MBA from the University of Chicago. Jim served four years in the U.S. Air Force, serving during the Korean war. Jim’s professional career took him to Madison, WI, where he worked for Carl C. Crane, an engineering firm. Then he was on to Chicago, as an engineer for Inland Steel Co. Jim's career in the printing industry began at Poole Bros., a printing conglomerate in the Midwest. From 1967 till 1995, he worked at Brown Printing Company (now Quad Graphics). Brown is one of the largest printing companies in the United States, printing such titles as "Time" magazine, "Sports Illustrated," and the "New England Journal of Medicine." Jim held the positions of president, chief executive officer, and chairman emeritus ll. In 2002, Jim and his wife, Jacqueline (Jackie) moved from Minnesota to Lewes, Delaware. He served on the Canal front Park committee and on the Greater Lewes Foundation board. Jim is survived by his wife, Jackie; his daughters, Julie Blassick, and her husband, John; Amy Lundberg, and her husband, Andy; his four grandchildren: CJ, Steven, Madeline, and Nicholas; his great-granddaughter, Ava; his cousin Marlene Kreuger; and his loving pets. Jim’s last wishes specified that he wanted his ashes to be sent to his Wisconsin hometown, for burial in the family plot (he also specified that he did not want a funeral or any memorial service). Jim’s favorite song was "Imagine," in which John Lennon envisions a better world. After years of struggling with the debilitating disease of dementia, Jim deserves to be in a better world, maybe one in which his golf score goes down, the stock market goes up, and the Green Bay Packers win the Super Bowl. "Imagine. " The family wants to thank the staff at the Moorings and Seasons hospice for their attentive care. Please sign the virtual guestbook located on the tribute page.

James K. Rifenbergh one of the good guys On Saturday, March 28, 2022, James Rifenbergh passed away peacefully, owing to complications of dementia. Jim was born in the small town of Oconto Falls, Wisconsin, on September 21, 1930.His birth,... View Obituary & Service Information

The family of James K. Rifenbergh created this Life Tributes page to make it easy to share your memories.

James K. Rifenbergh
one of the good guys

Send flowers to the Rifenbergh family.