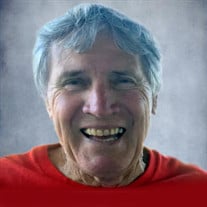 James “Jim” Albert Powell, Jr., age 87 of Lewes, DE, passed away on Sunday, October 31, 2021, at his home. He was born on December 20, 1933 in Hell’s Holler, WV, son of the late James A. Sr. and Virginia (Collins) Powell. Mr. Powell was a graduate of East Fairmont High School, in Fairmont, WV. Following high school, he earned a Bachelor’s Degree in Physical Education from West Virginia Wesleyan College and a Master’s degree in Education Administration from Salisbury University in Salisbury, MD. Mr. Powell then began a lifelong career as an educator. He started as a Phys Ed teacher, working at various schools before settling at Caesar Rodney, in Camden, DE, in 1964. During his time at Caesar Rodney, Mr. Powell was the Athletic Director, as well as the football coach, where he was immensely proud of CR’s conference championship. He was honored as the Athletic Director of the Year for the State of Delaware. He retired in 2000, after 36 dedicated years. Mr. Powell was consistent in his love for sports throughout his life, officiating for 52 years, and was awarded a 50 Year Award from IAABO, International Association of Approved Basketball Officials Incorporated, for his service in basketball. Mr. Powell was a loyal member of the Elks in both Dover and Long Neck, was a Boy Scout leader in Camden, lead many DelMarVa Council trips to Philmont Scout Ranch in Cimarron, New Mexico, and was a faithful member of both Whatcoat Methodist Church in Camden and Bethel Methodist Church in Lewes. He enjoyed international travel, including 6 months spent in Malawi, Africa, teaching at an orphan care center. Mr. Powell found joy in riding his Penny Farthing High Wheeler bicycle on the boardwalk in Rehoboth and in local parades. As the patriarch of his family, however, he cherished nothing more than time spent with his family. Mr. Powell was a loving and devoted husband, father, grandfather, brother, and friend. He was loved by many and will be deeply missed by all who knew him. Mr. Powell is survived by his beloved wife of 62 years, Kay (Custer) Powell of Lewes, DE; his children: Jeb Powell (Patsy) of Hinton, VA, Jennifer Powell Filicicchia (John) of Hartly, DE, Elizabeth Powell (Maureen) of Athens, Greece, and Jason Powell (Claudia) of Wilmington, DE; his grandchildren: Nikki Rexrode of Harrisonburg, VA, Devon Filicicchia of Hartly, DE, Adelaide Powell of Budapest, Hungary, Jackson Filicicchia of Hartly, DE, Chloe Powell of Hinton, VA, Matteo Powell of Wilmington, DE, and Lucia Powell of Wilmington, DE; and his sister, Judy Powell Deavers (Carl) of Nellysford, VA. Mr. Powell will be laid to rest privately at Barrett’s Chapel Cemetery. A celebration of his life will be held on Monday, November 29, 2021, at 5:00 PM. Friends may visit beginning at 4:00 PM. For location and more information please send an email to [email protected] The family would like to express its sincere appreciation to the friends and neighbors of the Governors community of Lewes, DE, for their tremendous outpouring of compassion and generosity during this difficult time. In lieu of flowers, the family suggests taking your friends and/or family out to dinner. Arrangements have been entrusted to Parsell Funeral Homes & Crematorium, Lewes, DE. Please sign the virtual guestbook located on the tribute page.

The family of James "Jim" Albert Powell Jr. created this Life Tributes page to make it easy to share your memories.

Send flowers to the Powell family.