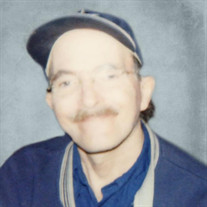 James Albert Weller, age 69, of Ellendale, DE, passed away on Monday, October 18, 2021 at, Bayhealth Center - Milford. He was born in San Antonio, TX, on May 25, 1952, son of the late Jesse C. Weller, Jr. and Mildred Miller Weller. Mr. Weller retired from the US Air Force at the rank of Staff Sargeant in 1992 after 16 years of service. During his career he saw duty in southwest Asia and was recalled in support of Operation Desert Shield/Storm towards the end of his career. After his retirement from the Air Force he worked for the King Cole Ranch in Milton Delaware as a Machinery Mechanic. Throughout his life he was a devoted Dallas Cowboys fan. He is survived by his wife of 13 years, Lillian Schuyler-Weller; four stepsons, Wayne Schuyler of Wildwood, New Jersey, Allen Schuyler of Ellendale, DE, James Schuyler (Charlie) of Ellendale, DE, and Carl Schuyler of Ellendale, DE; two step daughters, Anna Murray (Ray) of Greenwood, DE and Virginia Darragh of Ellendale, DE and 8 grandchildren. Funeral Services will be held on Wednesday, October 27, 2021, at 11:30 AM, at Parsell Funeral Homes & Crematorium, Dodd-Carey Chapel, 307 N. Bedford Street, Georgetown, DE. Burial with military honors will follow the services at the Delaware Veterans Memorial Cemetery , 26669 Patriots Way, Millsboro, DE. Please sign the virtual guestbook located on the tribute page.

The family of James Albert Weller created this Life Tributes page to make it easy to share your memories.

James Albert Weller, age 69, of Ellendale, DE, passed away on...

Send flowers to the Weller family.