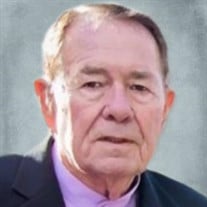 Jack Brinckmeyer, USDA Special Investigator Lion PDG Jack (Jackie) Brinckmeyer, of Rehoboth Beach and Harbeson, Delaware, died August 4, 2019. He was born December 12, 1930 at the home of his parents, Walter (Jack) and Zalpha Brinckmeyer of the Loyal, Oklahoma community. Jack graduated from Loyal High School in May, 1948. The following fall he matriculated at Oklahoma A & M (Oklahoma State University), where he earned his Bachelor of Science degree in 1956 after serving in the United States Army from 1953-1955. To the end, Jack was a loyal OSU alumnus and proud supporter of the University’s athletic program. Jack married Guyla Lee Grabow on March 14, 1952 at the Loyal Evangelical and Reformed Church in Loyal, Oklahoma. They first met in 1948 when Guyla was recruited from the underclass women to be in the senior class high school play. Jack and Guyla were best friends and sweethearts for 71 years. For thirty years, Jack served as a special investigator for the US Department of Agriculture, Packers and Stockyards Division. In addition to his work with the USDA, he and his wife, Guyla, owned and operated the The Drift Inn, a bed and breakfast in Rehoboth Beach, Delaware. Since 1977, Jack and Guyla have hosted many guests, friends, and family, all of whom have fond memories of Jack and Guyla and of visits to The Drift Inn. Jack was a long-time Boy Scout leader and leader in his faith community. He was a faithful member of Westminster Presbyterian Church in Rehoboth Beach, where he was an ordained ruling elder and deacon, serving on Session and other church committees. He was a tireless worker and dedicated member of the Rehoboth Beach Lions Clubs. He was elected president of the Rehoboth Beach Lions Club on several occasions, and served as governor of Lions District 22. Jack is survived by sister-in-law Joye Grabow Garnett and husband Keith Garnett; three children: Kimberly Brinckmeyer, Kent Brinckmeyer, and Kelly Brinckmeyer Sullivan; seven grandchildren; nine great-grandchildren; sister Regina Grabow; and many nieces and nephews. In addition to his beloved life partner, Guyla, Jack was preceded in death by his parents, Jack and Zalpha Brinckmeyer; sister Billie Dove Brinckmeyer Duffy and husband, Clifford; brother Allen D. Brinckmeyer and wife Joan; brother George A. Brinckmeyer; and son-in-law Don Sullivan. A memorial service in celebration of Jack’s life is set for 1:30 PM on October 12, 2019 at Westminster Presbyterian Church in Rehoboth Beach, Delaware. In lieu of flowers, donations in Jack’s honor may be made to the Rehoboth Beach Lions Club, P.O. Box 291, Rehoboth Beach, DE 19971. Please sign Jack's online guestbook located on this site. FLORIST NOTE: PLEASE HAVE ALL FLORAL ARRANGEMENTS DELIVERED BY 10 AM, SATURDAY, OCTOBER 12, 2019 TO PARSELL FUNERAL HOMES, LEWES.

The family of Jack Brinckmeyer created this Life Tributes page to make it easy to share your memories.

Send flowers to the Brinckmeyer family.