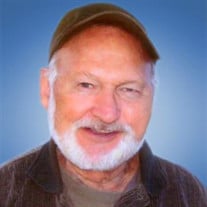 Herbert James Arthur Taylor, age 88 of Seaford, DE, passed away peacefully on Sunday, December 13, 2020 surrounded by his loving family. He was born in Newark, NJ, on August 2, 1932, son of the late Herbert L. and Emily M. Taylor. Herbert was the oldest of 2 children and grew up in Plainfield, NJ. He was a graduate of Plainfield High School, Class of 1952. After 2 years of service in the US Navy, Herbert attended Columbia University in New York City. Following a brief stint of odd jobs in electronics, Herbert began his lifelong career at the Portsmouth, NH Naval Shipyard as an electrical engineer. He continued this career path, becoming a design engineer and held positions at other Naval facilities, including Newport, RI, Bermuda, and Washington, DC. Herbert married his beautiful high school sweetheart, Rose Marie Zimpel, on September 4, 1954 in Metuchen, NJ. They moved to New Hampshire in 1956 and raised 4 children on an old family farm. Herbert's favorite past-time was sailing his Merrimac sailboat at Kittery Point Yacht Club in Maine. Later, he sailed the Chesapeake Bay in his much larger Triton. Herbert enjoyed brewing beer with his beer club. He became an expert beekeeper and a member of the Eastern Apiary Society. Herbert owned homes in New Hampshire, Delaware, and Hawaii and traveled frequently. Always quick with a joke and a smile, Herbert was a gracious host and expert MaiTai mixer. Above all, Herbert cherished time spent with those he held most dear. He was a loving and devoted husband, father, grandfather, great-grandfather, and friend, and he will be deeply missed by all who knew him. In addition to his parents, Herbert was preceded in death by his son, Robert; and his brother, John. He is survived by his beloved wife, Rose Marie; his children: Herbie, James, and Laura; his grandchildren: Robert, Joshua, and Jessica; and his great-grandchildren: Payton and Diego. Herbert's joyful life will forever be cherished and remembered through the lives of his family. Herbert will be laid to rest in South Hampton, NH at a later date. Please sign the online guestbook located on the tribute page.

The family of Herbert James Arthur Taylor created this Life Tributes page to make it easy to share your memories.

Send flowers to the Taylor family.