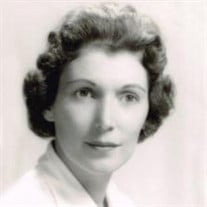 Helen "Lynn" Hoffman Gordon Jankus, age 92, our loving mother, grandmother, great - grandmother, aunt, and friend peacefully made her way to heaven on January 22, 2021, surrounded by family. Lynn was born on April 4, 1928 in Syracuse, NY to the late Edwin B. Hoffman and Laura A. Seiler Hoffman. She was a 1945 graduate of P.S. DuPont High School and 1946 graduate of Goldey-Beacom College. She was employed for many years as the Legal Secretary for W. Laird Stabler, including during his term as the Delaware State Attorney. Lynn also worked as an Administrative Assistant for many years at Wilmington General Hospital. A resident of Wilmington, DE, Lynn also maintained a home in Lewes, DE, where she retired in 2010. Lynn was proud to be a member of the Colonel David Hall Chapter of the Daughters of the American Revolution (DAR) and was the Chapter Chaplain 2011-13. She was a very patriotic and a lifelong member of the Delaware Republican Woman's Club, for which she held many offices including President. Lynn ran on Delaware's Republican ticket for Prothonotary in 1978 and Treasurer in 1980's. She was a member of the Brandywine Business & Professional Women Club (BPW), where she held various offices, including Treasurer, Vice President and President, representing the state at the BPW National Conferences. Lynn was a member of the Longneck Cheer Center and a founding member of the Angola by The Bay Sea Gal's Women's Social Group, which was started in 1976 by Lynn, who became its first president. She was an environmentalist and a member of the Delaware Inland Bays Committee, which was instrumental in establishing Delaware’s Wetlands, including Bombay Hook Refuge. Lynn was a member of the Kalmar Nickle Foundation, Delaware's Tall Ship, and spent many hours volunteering and helping to raise funds to build and support this worthy cause. Lynn was a 1986 graduate of the University of the South, School of the Theology Extension for Ministry, which included a visit to the St. Georges Chapel at the Queens Castle in London, England, Churches in France, The Louvre, a guided tour of the Holy Land and Rome, including a Papal visit and blessing. She was a member of St. George's Chapel for over 50 years, where during the mid-60's and throughout the 70's she was a member of the choir and taught Sunday School and Summer Bible School. Lynn was a classical pianist and as a teenager in Syracuse competed in figure ice skating competitions. She enjoyed listening to classical music, going to church, going for rides on her boat, swimming at the beach, and eating crabs. Lynn especially enjoyed spending time with her children, grandchildren, great-grandchildren, extended family, and friends. She was always ready for a trip to the ice cream shop and would pick up family members, or friends, to enjoy an ice cream with her. Lynn swam every day during the summer and as many times as she could during the winter. She was living proof that swimming was the fountain of youth and was the Delaware Senior Olympics Gold Medalist for the Women's (85-89yrs) 200 Yard Breast Stroke in 2014 and 2017. Lynn was blessed with a large family and, as the matriarch, she planned many family dinners, trips, pool parties and gatherings. She never missed the many family birthday parties, graduations, ball games, performances, weddings, showers, christenings, etc. She would also visit and bless those not feeling well. Lynn was preceded in death by her husband, John C. Jankus; her daughter, Deborah Gordon Moore; her sister, Sheryl Woods; and her brother, Edwin Hoffman. She is survived by her children: John Gordon (Marge), Patricia McMichael (Charles), Cheri Gordon - Patterson, Gerilyn Gaskill (Howard), Joseph Gordon (Cheryle), and Theresa Davis (James); 14 grandchildren and their spouses; 26 great-grandchildren; 2 nieces: Cathy Balaguer and Carol Hoffman; and 2 nephews: Eddie Hoffman and Adon Hoffman and their families. Lynn, as a spiritual person, had a deep abiding faith in God, and although she has left this world, we take great comfort in knowing she is in heaven with God, her daughter Deby, is surrounded by those who went before her and those who welcomed her with open arms. Services will be private. Please sign the online guest book located on the tribute page. View beloved family photos at the link below: https://photos.app.goo.gl/QePz4mwVx4a37CKY6

The family of Helen Elizabeth Jankus created this Life Tributes page to make it easy to share your memories.

Send flowers to the Jankus family.