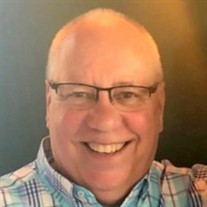 Glenn W. Materniak, age 67 of Lewes, DE, passed away on Monday, April 6, 2020 at Beebe Healthcare, in Lewes. He was born on May 5, 1952 in Trenton, NJ, son of the late Walter E. and Ann M. (Onda) Materniak. Glenn attended St. Anthony’s Parochial School in Hamilton, NJ and received his undergraduate and MBA degrees from Rider University. He worked in the financial spectrum of the aerospace industry and defense programs for 35 years. Glenn was a valued employee with RCA, GE, Martin Marietta, and Lockheed Martin. He loved his business trips to California and received many awards. His work family described Glenn as one of the good guys, a hard worker, highly knowledgeable, someone you could count on, and a gentleman. Glenn’s love of horses was shared with his daughters and wife, they were members of several American Saddlebred Associations and they showed horses from MA to KY. He had a love for wood, restoring furniture, built a fireplace mantel not to be rivaled, created special gifts for his daughters, and was the family wood expert. He had a passion for music whether he played his Hammond B3 organ, baby grand piano, or listened to his favorites from jazz to rock. Prior to moving to Lewes, DE, he resided in Pennington, NJ, where he organized the most attended Pennington Day Dance, which he themed “Woodstock” for its 25th anniversary. Glenn took great pride in beautifying his home and landscape. He became an accomplished self-taught Chef and could be seen driving his 1963 red Corvette around town. Many summer nights, he enjoyed happy hour on the Lewes Beach with his Tito’s gimlet and his “million-dollar view.” At home, everyone knew happy hour began when his martini light was lit in the window. He enjoyed driving his “Silver Bullet” Jeep Wrangler on the Cape Henlopen beach with family and friends, playing cornhole, and listening to Mustang Sally and other favorites. Glenn could be seen daily walking his best friend, Brady, on the Breakwater Trail saying a friendly hello to those he saw along the way. He spent many peaceful nights with family burning his wood fireplaces at his NC log cabin. He also had a great love of history and traveling. Glenn had an unwavering love for his family and always put his wife and daughters first. He was a loyal friend and someone you could count on. Those who knew Glenn will never forget his sense of humor, his fun demeanor, or his extreme intelligence. It is undeniable that Glenn left us with lasting memories and an impression we will carry forever in our hearts. Carol, Glenn’s wife, will miss her best friend, her husband of 41 years, and the love of her life, “Sunrises and sunsets will never be the same." In addition to his parents, Glenn was preceded in death by his father-in-law, Robert J. Deery. He is survived by his wife, Carol Materniak of Lewes, DE; his daughters: Rebecca Materniak and her fiance, Marek Bloch of NJ and Sarah Gjimaraj and her husband, Gigi of NY; his sisters: Beverly Watrous (Bruce) of CT and Donna Korzun (Bill) of VA; his mother-in-law, Betty Deery of PA; his brothers-in-law: Bob Deery (Debbie) of AZ and Kurt Deery (Karen) of PA; his sisters-in-law: Susan DeGour (Jim) of VA, Denise Wilson (Steve) of MA and Pamela Deery Cuff (Larry) of PA; and his many nieces, nephews, cousins, and friends. Due to the Covid-19 pandemic, a memorial service will be announced at a later date. In lieu of flowers, please honor Glenn’s memory with a donation to the Gettysburg Fund at The Gettysburg Foundation, the nonprofit partner of the National Park Service at Gettysburg www.GettysburgFoundation.org. Please sign the online guestbook located on the tribute page.

The family of Glenn W. Materniak created this Life Tributes page to make it easy to share your memories.

Send flowers to the Materniak family.