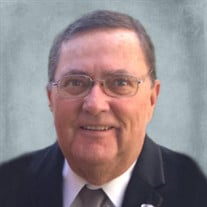 GERALD SEAN “JERRY” KELLY Gerald “Jerry” Kelly, age 73 of Rehoboth Beach went home to be with the Lord on September 14, 2021. Jerry grew up in Wilmington and considered himself to be a “Salesian gentlemen”. He was married to his High School sweetheart, Barbara Levitsky Kelly for 54 years. Jerry worked as a cost accountant at General Motors for 34 years, but his vocation was umpiring. He was a softball umpire for the Delaware Umpires Association for twenty years and a football referee for the NDFOA for 33 years. Jerry also served in the Delaware National Guard and was a member of American Legion Post 28. Jerry was very proud of his Irish heritage and considered St. Patty’s Day a holiday. He always took the day off work to party with his family and friends. Jerry was predeceased by his parents, Paul, and Geraldine Kelly; his cousin/brother-in-law, Paul Elwood, and his sister- in law, Robin Schaible. He is survived by his Beloved, Barbara; his son Jim (Debi); his daughter, Jill Kelly-Anson (Dave); his four grandchildren; Megan and Brett Kelly and Grant and Grace Anson, the loves of his life. When he first learned that he was going to be a grandfather, he announced that he wanted to be referred to as “Oh Great One”. They called him Pop Pop but he was the great one in their eyes. He even had gifts engraved with OG1. Jerry was the oldest of five children, his brother, Bob (Pat), sisters, Betsy Durnan (Jeff), Joy Stidham (Bill), and Paula Piazza (Larry). Also, his sister- in law, Linda Elwood, brother- in law Jim Schaible and Abbe and Steve Barbato, and many wonderful nieces and nephews. Occasions spent with the family were always the most important occasions. The family would like to thank the staff of Beebe hospital for their wonderful care. And, his Pastor, Rev. William Cocco. A Mass of Christian Burial for family and friends will be held on Tuesday, September 21, 2021, at 2:00 PM at St. Edmonds Catholic Church 409 King Charles Avenue, Rehoboth Beach, DE 19971, where friends may visit beginning with 1:00 PM. Interment will be private. In lieu of flowers, please send contributions to The Little Sisters of the Poor, 185 Salem Church Rd. Newark DE, 19713. Please sign the virtual guestbook located on the tribute page.

The family of Gerald Sean Kelly created this Life Tributes page to make it easy to share your memories.

Send flowers to the Kelly family.