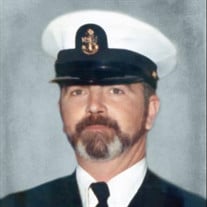 George Neiman Kemp, Jr., age 75 of Bridgeville, DE, formerly of Plano, TX and Leonardtown, MD, passed away on Tuesday, February 11, 2020, at his home. He was born on December 4, 1944 in East Stroudsburg, PA, son of the late George Neiman, Sr. and Iona M. Kemp. Mr. Kemp graduated from Stroud Union High School, Class of 1962. He then enlisted in the United States Navy, honorably serving in Patrol Squadron Thirty, Vietnam, and the United States Naval Air Test Station in Patuxent River, MD. He continued working for the Navy as a P3 Systems OMA Tech, P3 Flight Engineer, and aircraft mechanic until his retirement in 1983. He went on to work for the United States Department of Defense and then later for himself. His patriotism continued throughout his life with memberships in the American Legion, VFW, and Fleet Reserve. Mr. Kemp was a member of the Optimist Club of Saint Marie's, volunteering time and wisdom to "Bring Out the Best in Kids". He enjoyed attending airshows, woodworking, boating, music, grilling and technology. Above all, Mr. Kemp was a loving and devoted father, grandfather, brother, and friend. He was loved and respected by many and will be deeply missed by all who knew him. In addition to his parents, Mr. Kemp was preceded in death by his brothers: Terry G. Kemp and Thomas G. Kemp; and his former wife, Gladney Jane Patrick. He is survived by his children: Angela & David Stafford, Scott Kemp & Karen Johnson, Jeromy Kemp, Tom Hartwell, USN, Diane Zeagler, and Jill Zeagler; his grandchildren: Christina Stafford, Dreama Stafford, Jacob Johnson, USMC, Eric Johnson, Max Hartwell, and Jake Hartwell; his sister, Betty Kemp; and his former wife, Judy Wells. A funeral service will take place at Arlington National Cemetery in Arlington, VA at a later date. In lieu of flowers, the family requests contributions in Mr. Kemp's memory to The American Legion, www.legion.org, or Veterans of Foreign Wars, www.heroes.vfw.org. Please sign the online guestbook located on the tribute page.

George Neiman Kemp, Jr., age 75 of Bridgeville, DE, formerly of Plano, TX and Leonardtown, MD, passed away on Tuesday, February 11, 2020, at his home. He was born on December 4, 1944 in East Stroudsburg, PA, son of the late George Neiman, Sr.... View Obituary & Service Information

The family of George Neiman Kemp Jr. created this Life Tributes page to make it easy to share your memories.

Send flowers to the Kemp family.