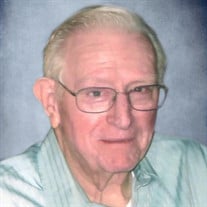 George F.”Mr Sonny” Hardesty, Jr., age 90 of Bridgeville, DE, passed away on Sunday, April 10, 2022, at his home. He was born on January 1, 1932, in Dover, DE, son of the late George, Sr. and Lottye (Hill) Hardesty. Mr. Hardesty began working for the family funeral home at the age of 14 with his father, later becoming partner with his brother, Howard, until retiring in the mid-1980s. Mr. Hardesty concurrently was employed with the US Postal Service, retiring as Postmaster in 1990. A proud veteran, he honorably served in the US Air Force. “Sonny,” as most people knew him, was a lifetime member of Union United Methodist Church, where he served in many capacities: a member of the choir over 50 years, Superintendent and teacher of Sunday school, as well as leader of the MYF. A devoted member of the Bridgeville Kiwanis Club, having joined in 1961, Sonny held the offices of President, Secretary, and Lt. Governor of the District, in addition to being a member of the Kiwanis Capitol District Foundation. He was a Lifetime member of the Bridgeville Volunteer Fire Company, joining in 1951. He also served as Vice President of the Delaware State Funeral Directors Association. Sonny enjoyed woodworking, caning, and refinishing furniture. He was also a dedicated Little League coach and umpire. Above all, he cherished time with those he held most dear. Sonny was a loving and attentive husband, father, grandfather, brother, uncle and friend. Loved by many, he will be deeply missed by all who knew him. Sonny is survived by his beloved wife of 67 years, Betty Ann Hardesty of Bridgeville; son, Clifton Hardesty (Wendy) of Mullica Hill, NJ; daughter, Laura Lee Mitchell (Jim) of Seaford, DE; grandchildren: Corey Hardesty (Mary Catherine), Kelly Medic (Dino), Scott Hardesty, Samuel Mitchell (Abby), Caroline Stephens, and Robert Mitchell; great-granddaughters: Emma Hardesty and LeeAnn Stephens and his brother, Howard Hardesty (Kay Sue) of Bridgeville. Sonny also treasured his extended family of a niece and nephews. A funeral service will be held on Friday, April 15, 2022, at 2:00 PM, at Union United Methodist Church, 2 North Laws Street, Bridgeville, DE, where friends may call beginning at 12:00 PM. Interment will follow at Bridgeville Cemetery, 2N Laws St, Bridgeville DE. In lieu of flowers, the family suggests memorial contributions to the UUMC Food Pantry at Union UMC, 2 North Laws Street, Bridgeville, DE 19933, or the Bridgeville Kiwanis Foundation, 18734 Pine Cone Drive, Bridgeville, DE 19933. Please sign the virtual guestbook located on the tribute page. Florist note- please deliver all floral arrangements to the Bridgeville Funeral Home on Thursday April 14, 2022 by 2:00 PM.

The family of George F. Hardesty, Jr. "Mr. Sonny" created this Life Tributes page to make it easy to share your memories.