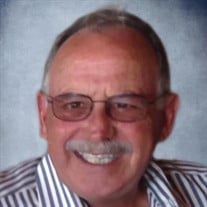 George Christopher Nason, Retired Captain George Christopher Nason recently passed away at his home in Lewes, Delaware. at the age of 69. He was born in Long Island, New York on October 3, 1952. George, known to family as Chris, grew-up in Garden City, NY. He graduated from Garden City High School in 1971, and subsequently earned two associate degrees. George embarked on a career in the US Merchant Marine beginning in 1973 and rose through the ranks from Able Bodied Seaman to Captain with a Masters license. During the early part of his career, he sailed the oceans of the world. He spent the latter part of his career working for the Delaware River Bay Authority as a mate, pilot and ultimately as captain on the Cape May-Lewes Ferry until he retired in 2012. In retirement, George volunteered as a mate on the S.S. John W. Brown, one of the few remaining World War II Liberty ships that supplied the Allies throughout the war effort. He was also an active member of the Lewes Rehoboth Moose Lodge 646 and the Cape Henlopen Elks Lodge, where he volunteered often and had a wide circle of friends. He is survived by two sisters, Mary Beth Nason and Diane Karshner Nason, and two brothers, Gardner M. Nason and John T. Nason (MaryAnn), and nieces, nephews and their families. He was predeceased by his parents, Alice (Loughman) and Gardner A. Nason, infant brother, Thomas, and brother-in-law, Warner Karshner. George will be sorely missed by those who knew and loved him. A memorial service for Captain George will be at Moose Lodge 646, 28971 Lewes Georgetown Highway, in Lewes, DE, on May 13, 2022, from 4 to 6 PM. A private interment will be held at the family cemetery in New Jersey soon after the memorial service. In lieu of flowers, contributions are suggested to the Cape Henlopen Elks Lodge #2540, P.O. Box 86, Nassau, DE 19969, the Lewes-Rehoboth Moose Lodge, 28971 Lewes Georgetown Hwy, Lewes, DE 19958 or to the S.S. John W. Brown, C/O Project Liberty Ship, Inc, P.O. Box 25846, Baltimore, MD 21224 are welcome. Please sign the online guest page at this site.

The family of George Christopher Nason created this Life Tributes page to make it easy to share your memories.

Send flowers to the Nason family.