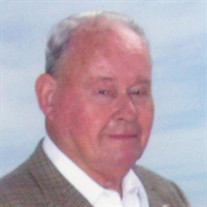 Ernest “Rudy” Swanson, a much-admired leader in the United States Marine Corp, in law enforcement and his community, passed away on Sunday, January 9, 2022 at Beebe Health Care in Lewes, DE, after a brief illness. He was 94. He lived in Lewes for more than 25 years, most of it on Gower Court in Pilottown Village with his wife, Pat, who predeceased him. Rudy was well known in the community, particularly for proudly displaying the Marine Corps and US flags daily at his home. He was born in New York City and attended public schools, first serving others by joining the local volunteer fire department when the Second World War began to strain local emergency services. After graduating from high school at age 17, he joined the Marine Corps and was sent to the South Pacific. He eventually participated in the occupation of Japan and then was asked to serve in China, where the Japanese troops were being repatriated to Japan and the nationalist and communist forces were also fighting for control of China. In China he also later was assigned to the United Nations Peace Committee to provide security for a cease fire in what is now Indonesia. After a successful cease fire was arranged, Rudy was assigned to teach at the Marine Corps School in Quantico, Va., and during that time he marched in the inaugural parade for President Harry Truman. As he returned to civilian life, he began to attend college, but was re-called to active duty and served in the Korean War. As a result of his military experience, he was a life member of the 1st Marine Division Association, the 2nd Marine Division Association, the Veterans of Foreign Wars, the American Legion, the Marine Corps League and the Military Officers Association. Here in Delaware, he also served as president of the Southern Delaware Military Officers Association and Commandant of the Diamond State Detachment of the Marine Corps League His career in law enforcement began when he was hired as an independent marshal for a town without an organized police department. That led to a position with an organized police department and attendance at the State Police Academy where he graduated first in his class. He rose quickly through the ranks and became deputy chief of police and police chief, serving for 25 years in Park Ridge, NJ. During his tenure, he organized and trained an innovative 30-member police reserve unit, trained to assist the regular officers at public gatherings. The unit members awarded him life membership in their ranks in appreciation for his work. He also founded the Pascack Valley Detective Group, another innovation designed to have investigators from all jurisdictions in the region gather and exchange criminal information and intelligence on a regular basis, greatly improving their communication and the coordination of their efforts. As a result of his law enforcement career, he was a life member of the Bergen County Police Chief’s Association, the New Jersey State Chiefs of Police Association, the New Jersey Police Honor Legion, and a charter member of the New Jersey Narcotic Enforcement Officers Association. He was also a member of the New York, New Jersey and Connecticut Detectives Clinic and was honored by that group for his work. Rudy also served as a member of the New York Metropolitan Area Committee on Organized Crime and was president of the New York, New Jersey and Connecticut Law Enforcement Council. On the local level, he was a member of the volunteer Tri-Boro Ambulance Department, serving as captain and board of governor’s member and president. He was on the municipal Planning and Zoning Board of Adjustment and various other education and community organizations, including for more than 20 years as emergency management coordinator and 20 years as liaison for the New Jersey TV and Motion Picture Commission. Upon retirement, he was presented by his congressman with a flag flown over the Nation’s Capital and was recognized by the New Jersey State Senate and State Assembly. In private life, Rudy always enjoyed antique automobiles, owning a wide variety of cars, ranging from four-to-12-cylinder vehicles. He often won awards for his cars, which also appeared in movies, most famously his 1940 Cadillac, which appeared prominently in the first Godfather movie. Since moving to Delaware, he has been recognized for his support of the Cape Henlopen High School junior ROTC program, which named him Honorary Colonel. The Cape Henlopen School District and City of Lewes also have cited him for his remarkable service. He was married to the former Patricia Malley whom he called “the perfect wife for a man in a dangerous occupation”. They were blessed with two children, Gaiana, a daughter who preceded him in death, and a son, Eric. A public viewing will be held on Monday, January 17, 2022, from 2:00 PM to 4:00 PM and 6:00 PM to 8:00 PM at Parsell Funeral Homes & Crematorium, Atkins-Lodge Chapel, 16961 Kings Hwy, Lewes, DE 19958. Mass of Christian Burial will be celebrated Wednesday, January 19, 2022, at 11:00 AM at St. Peter's and St. Mary's Church, 115 Broadway, Haverstraw, NY. Interment will immediately follow at St. Peters Cemetery, Haverstraw, NY. Due to the ongoing COVID-19 pandemic social distancing protocols must be observed and masks must be worn by everyone participating in any aspect of the service. Memorial contributions may be made in Rudy’s memory to the Little Sisters of the Poor, 185 Salem Church Road, Newark, DE 19713. Please sign the virtual guestbook located on the tribute page.

Ernest &#8220;Rudy&#8221; Swanson, a much-admired leader in the United States Marine Corp, in law enforcement and his community, passed away on Sunday, January 9, 2022 at Beebe Health Care in Lewes, DE, after a brief illness. He was 94. He... View Obituary & Service Information

The family of Ernest Rudolph Swanson Jr. created this Life Tributes page to make it easy to share your memories.

Ernest “Rudy” Swanson, a much-admired leader in the United States...

Send flowers to the Swanson family.