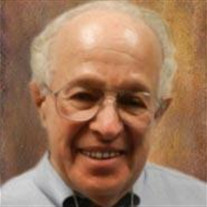 Ernest B. Duarte Jr., age 83 of Alexandria, VA, passed away on Thursday, October 17, 2019, at his residence in Lincoln, DE. He was born on August 17, 1936 in Brownsville, TX, son of the late Ernest B. Sr. and Mary Ella (Dorsett) Duarte. Mr. Duarte was married to the late Kay (Dismukes) Peña, for 14 years. They had five children. Mr. Duarte retired January 8th, 2017 after 42 years and 6 months of Federal service, almost all of which he served with the legacy Immigration and Naturalization Service (INS) and USCIS. Mr. Duarte, an honors graduate from St. Mary’s University in San Antonio, TX, worked in media-related positions for several years. He was an active political supporter, contributing to political campaigns and organizations that fought for the environment and social justice. He was named public affairs director for a White House Cabinet Committee in 1972 until he joined INS in 1976. He served initially as a special assistant before his selection as the outreach director under the Examinations and Adjudications programs in 1978, a position he held for more than 20 years. Following his transition to USCIS in 2003, E.B. served as a branch chief and senior program manager in the Offices of Customer Service, Performance and Quality, Records. His last assignment was in the Office of Intake and Document Production’s Document Management Division, where he directed forms and printing and coordinated forms development and production, particularly focused on secure documents. Accumulating many awards during his long tenure in Federal service, E.B. was honored by the DHS Secretary for Outstanding Achievements in enhancing the security features in USCIS’ naturalization, citizenship and other secure forms and items. Among all his accolades he cherished those he worked with dearly, believing in the mission and the people he worked with energized his years of service. E.B. was also a devoted fan of the performing arts. He was a longtime member and supporter of the Kennedy Center, Wolf Trap among many other theaters in the area. He enjoyed attending plays, operas, and concerts alike. Likewise, he was an enthusiastic foodie always in search of a good meal and eager to share his finds with friends and family. He was an avid sports fan and a long-time tennis player. Always looking forward to the time with his friends to get out and play a few sets on the weekends. In addition to tennis, he was a loyal Washington Redskins and Chicago White Sox fan. Above all, E.B. cherished time with those he held most dear. He was a kind and giving father, grandfather, brother, uncle and friend who will be deeply missed by all who knew him. He loved conversation on everything from history to politics to art and sports and was a gifted storyteller. E.B. is survived by his children: Bart Duarte (Donna) of Wilmington, NC, Jane-Anne Duarte of San Antonio, TX, Chris Duarte of Austin, TX, Stephanie Duarte (Dimien) of Lincoln, DE, and Bill Duarte (Sherri) of Martinsville, VA; his grandchildren: Celeste Duarte of Austin, TX and Haley Shufelt and Tylar Shufelt, both of Lincoln, DE; his great granddaughter: Ivory Rose Fox of Austin, TX; and his sisters: Ella Mae Najera of Lewisville, TX and Evelyn Walraven of Ft. Worth, TX; and his beloved, Mary-Beth O’Donnell of Alexandria, VA Services will be held at St. Louis Catholic Church in Alexandria, VA at 12 pm on Friday, October 25, 2019. In lieu of flowers, the family suggests contributions in Mr. Duarte's memory to Johns Hopkins - Bladder Cancer Research, 750 East Pratt Street, Suite 1700, Baltimore, MD 21202 (410) 361-6391. Please sign Mr. Duarte's online guest book located on this site. FLORIST NOTE: PLEASE HAVE ALL FLORAL ARRANGEMENTS DELIVERED DIRECTLY TO ST. LOUIS CATHOLIC CHURCH, ALEXANDRIA, VA ON FRIDAY, OCTOBER 25, BY 11:30 AM.

The family of Ernest B. Duarte, Jr. created this Life Tributes page to make it easy to share your memories.