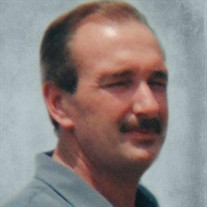 Edward Lawrence Cooper, age 58 of Millsboro, DE passed away on Wednesday, December 25, 2019, at home with his family, in Millsboro, DE. He was born on October 5, 1961 in Yonkers, NY, son of the late Lawrence Arons and Merle (Pate) Cooper. Edward was employed for the Greenwich, CT Highway Department as a mechanic. He was also employed for O&G Construction Company of CT. His greatest joy was owning and operating Past Tense Antiques with his partner Lucy in Beacon, NY. Edward’s customers were like friends that he remembered fondly. He built and restored cars in his spare time and loved riding his Harley Davidson. He was captain of the J.J.H.S. Hockey Team in Fishkill, NY and also a member of the Poughkeepsie NY Men’s Hockey League skating throughout NY and Canada. Edward was a great lover of nature and animals. His rescued furry companions are Isabella Grace and Mia. As he travels on this new journey, Maggie Girl will be at his side. Mr. Cooper is survived by his life partner, Lucille M. Valentino of Millsboro, DE, formerly of Wappingers Falls, NY; his son, Sgt. Mathew Cooper (Amy) of Salisbury, MD; his step-daughters: Nicole Valentino of Orlando, FL and Camille Valentino of Wappingers Falls, NY; his grand-children: William Cooper of Salisbury, MD and Sylas Cooper of Salisbury, MD; his sister, Laura Cooper-Elm (John) of Crested Butte, CO; his brother, Michael Cooper (Mary) of Trumbull, CT; his nephew, Jacob Cooper of Trumbull, CT; his numerous aunts, uncles and cousins; and his best friends, whom he considered his brothers: Anthony D'Renza of Wappingers Falls, NY, and Mayor Matt Alexander of Wappingers Falls, NY. Mr. Cooper is also survived by his extended family: his brothers-in-law: Ron DeSantis (Donna LaVolsi), Fred Mastriacovo (Irene), and Warren DeSantis (Victoria); his nephew, Danial DeSantis (Matt Alvo); and his niece, Rebecca Keys (Rob). A Memorial Service will be held in the spring in Wappingers Falls, NY. Please sign the online guestbook located on the tribute page.

Edward Lawrence Cooper, age 58 of Millsboro, DE passed away on Wednesday, December 25, 2019, at home with his family, in Millsboro, DE. He was born on October 5, 1961 in Yonkers, NY, son of the late Lawrence Arons and Merle (Pate) Cooper. Edward... View Obituary & Service Information

The family of Edward Cooper created this Life Tributes page to make it easy to share your memories.

Edward Lawrence Cooper, age 58 of Millsboro, DE passed away on...

Send flowers to the Cooper family.