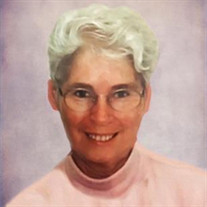 Earlene (Dick) Gillan-Smith, age 89 of Lewes, DE, passed away peacefully on Wednesday, June 24, 2020. She was born on May 31, 1931 in Northeast Philadelphia, PA, daughter of the late Earl and Maude (Lacey) Dick. Earlene excelled in secondary school, graduating early from high school. She attended Methodist Hospital School of Nursing and began her nursing career at Shriners Hospital for Children in Philadelphia. She also worked in the Medical, Surgical, and Obstetric nursing fields at hospitals in Washington D.C., Virginia, and West Chester, PA. She settled in Newark, DE, where she was the first school nurse and health coordinator at the Sterck School for the Hearing Impaired (later renamed Delaware School for the Deaf). In addition to establishing procedures for dormitory medical care and student health education, she became very active in a lobbying campaign that increased the professional salary scale of school nurses in Delaware to be equal to that of teachers. With five school age children at home and a full-time job, she returned to school and earned her B.S.N. followed by her M.A. in Education from West Chester University. She was very active in the Christina School District Education Association, where she served as the first president from 1981 to 1983, Delaware State Education Association, where she served as vice president from 1984 to 1992 and president from 1992 to 1996, and the National Education Association, where she served as an elected official for five terms. She spent many years advocating for educators and students often saying, “Excellent teachers make excellent students”. Earlene made it a point to understand everyone’s concerns: teachers, support staff, nurses, parents, and students. She was often consulted by legislators, governors, and school district superintendents for her input on important committees. She was awarded the Delaware School Nurse of the Year in 1984 and the Helen Wise Award for Excellence in Education in 1997. Her passion for education followed her into retirement, where she became involved with the University of Delaware Academy of Lifelong Learning and served as a docent for the Lewes Historical Society. In her spare time, Earlene enjoyed traveling, visiting more than 30 countries. She was an avid reader and enjoyed jigsaw puzzles, walking, and the beach. She also loved holiday celebrations and spending time with her large family. In addition to her parents, Earlene was preceded in death by her beloved husband, Christopher K. Smith; her sister, Jeanne Rice; and her granddaughter, Caitlin Gillan. She is survived by her five children: Debbie Healy (T.J.), Cindy Higdon (Carroll), Kathy Cannatelli (Tom Capozzolli), David Gillan (Christine B.), and Andy Gillan (Christine L.); her nine grandchildren: Jennifer Celano (Jamie), Steven Higdon (Elizabeth), Melissa Nagy (Joe), Kristen Coveleski (Josh), Troy Cannatelli, Colleen Cavataio (Brandon), and Taylor, Grant, and Ross Gillan; her ten great grandchildren: James Celano, Jr. and Luke Celano, Olivia and Sarah Higdon, Camden and Ella Nagy, Carter and Caroline Coveleski, and Greyson and Blair Cavataio. Earlene expanded her family to include five stepdaughters after marrying Chris in 1983, Margarete Smith (d. 2017), Carla Kinsella (Kevin), Christa Bailey (Roger), Paula Troise (Nick), and Amy Yeatman (Ed), and ten grandchildren: Jamie Taylor, Emily, Olivia, and Vanessa Yeatman , Kylie, Kevin, and Katie Kinsella, Alexia and Isabelle Troise, and Gabrielle Foster. Six great-grandchildren and one great-great-grandchild. She is also survived by her longtime devoted friends Ann and John Persinger. Her family looks forward to celebrating Earlene’s life in the fall. In lieu of flowers, the family suggests contributions in Earlene's memory to the Children’s Beach House, 1800 Bay Ave, Lewes, DE 19958. Please sign the online guestbook located on the tribute page.

Earlene (Dick) Gillan-Smith, age 89 of Lewes, DE, passed away peacefully on Wednesday, June 24, 2020. She was born on May 31, 1931 in Northeast Philadelphia, PA, daughter of the late Earl and Maude (Lacey) Dick. Earlene excelled in secondary... View Obituary & Service Information

The family of Earlene E. Gillan-Smith created this Life Tributes page to make it easy to share your memories.

Send flowers to the Gillan-Smith family.