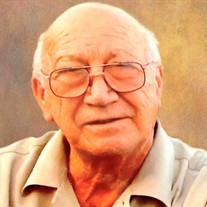 FLORIST NOTE: PLEASE HAVE ALL FLORAL ARRANGEMENTS DELIVERED BY 3 PM, FRIDAY, JANUARY 10, 2020 TO PARSELL FUNERAL HOME, LEWES, DE. Donald Eugene Mastracco Sr., age 90 of Rehoboth Beach, DE passed away on Tuesday, December 31, 2019, peacefully at his residence in Rehoboth Beach, DE with his loving wife Betty by his side. He was born on January 5, 1929 in Williamsport, PA, son of the late Cesaro and Ambrosia (Polumbi) Mastracco. In addition to his parents, he was preceded in death by his daughter, Debra Pentz and his seven brothers. Don was very proud of his long career in the United States Air Force that began on August 9, 1948 and ended with his retirement as a Senior Master Sergeant on January 5, 1989 with over 41 years of service. Shortly after his retirement, he began his second career with the Prince Georges County Government and the State of Maryland as an Occupational Safety and Health Inspector. After retiring from the State of Maryland, Don and Betty moved to Rehoboth Beach, DE to begin a new chapter in their lives as a fully retired couple. In his retirement, Don became very involved with the American Legion Post 5 and served five years as the Post Commander and served 56 years as an American Legion member. He was also very proud to be a member of the Veterans of Foreign Wars Post 7447. Don loved and cherished the friendships that he made during his time with these organizations. Although Don was proud of his career and his involvement with the American Legion and the Veterans of Foreign Wars, he was proudest of his family. Don and Betty, lovingly referred to as Pop and Grandma by the family, have two wonderful children: his son, Donald E. Mastracco Jr. and his late daughter, Debra L. Pentz. Pop and Grandma have five very successful grand-children: Amy Ferrigno, Daniel Mastracco, Russell Pentz, Laura Raley, and Robin Mastracco. They also have five great grand-children: Dominic Ferrigno, William Raley, Madi Ferrigno, Eleanor Pentz, and Adelaide Pentz. Don has lived his life to the best example that he could for his children and grand-children, and they have grown to share many of his values. Pop was always there for his family and he was a very important part in their success. Interment will be held on Monday, January 13, 2020 at 1:00 PM at Delaware Veterans Memorial Cemetery, 26669 Patriots Way, Millsboro, DE 19966. Memorial Service will be held on Saturday, January 11, 2020, at 11:00 AM at Parsell Funeral Homes & Crematorium, Atkins-Lodge Chapel, 16961 Kings Highway, Lewes, DE where friends may visit beginning at 10:00 AM. A life celebration will follow the services at the VFW Post 7447 at 101 State Rd, Rehoboth Beach, DE 19971. In lieu of flowers, the family suggests contributions be made to Delaware Hospice Center, 100 Patriots Way, Milford, DE 19963, or call 855-DHI-GIVE. Please sign the online guestbook located on the tribute page.

The family of Donald Mastracco Sr. created this Life Tributes page to make it easy to share your memories.

Send flowers to the Mastracco family.