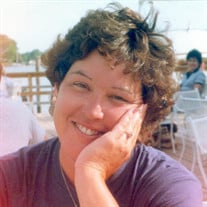 Diana Fugitt McCeney of Washington, D.C., Maryland and Rehoboth Beach, DE passed away peacefully on Monday, August 24, 2020 at her home in Rehoboth Beach after a long illness. Her loving husband Ben, as always, was at her side. Diana was born in Washington, D.C. She lived many of her early years in Japan where her late father, Dr. Col. Elmer W. Fugitt was the Medical Commander of the USAF hospital, Johnson Air Base, just outside of Tokyo. Her late mother Irene Benson Fugitt was a nurse who grew up in Pennsylvania. Upon returning to the U.S. Diana lived in Washington, D.C. where she would later graduate from Wilson High School and the Washington School for Secretaries. During her working tenure she worked as a secretary for the University School of Nursing in Austin, Texas, as a legal secretary in Rockville, Maryland and as an Administrative Assistant for the Stratford School of Business in Gaithersburg, MD. In the early 1980’s she married Benjamin B. McCeney, Jr, the love of her life. Ben was a long-time teacher and coach in the Montgomery County Public School System in Maryland. The couple had almost four decades of a wonderful life together. They enjoyed traveling and took many trips, among them were to Scotland, England, Wales, Hawaii, Alaska, and many visits to one of their favorites, Jamaica. Diana was a fine swimmer and diver and loved the water. Diana and Ben moved to Rehoboth Beach, DE to take care of her aging parents. During her time in Rehoboth, she worked several years in the Mentoring Program with the children at Rehoboth Elementary where the children loved her. Diana will be greatly missed for her laughter, happy smile, upbeat spirit, her love of animals and her perpetual caring for others. She will always be remembered as a loving wife, a wonderful mother, and a great friend to everyone. In addition to her husband, Diana is survived by her son Keith McCeney and wife Janese of Franklin, Tennessee; daughter, Kelly McCeney Held and her husband Bob of Marietta, GA; son Joseph Camilo of Manassas, VA; daughter Diana Bartlett and her husband Sean of Anacortes, Washington. She is also survived by her grandchildren Elliott McCeney, Christopher Held and wife Hannah, Caleb McCeney, Callie McCeney and Nick Camilo of Fredericksburg, VA. Diana will be buried privately at St. Barnabas Episcopal Church Cemetery in Upper Marlboro, Maryland. The McCeney family have attended St. Barnabas Church for nearly 140 years and Diana and Ben were married there. Due to the ongoing Covid-19 Pandemic, a Celebration of Mrs. McCeney’s life will be announced at a later date. Please sign the online guest book at this site.

Diana Fugitt McCeney of Washington, D.C., Maryland and Rehoboth Beach, DE passed away peacefully on Monday, August 24, 2020 at her home in Rehoboth Beach after a long illness. Her loving husband Ben, as always, was at her side. Diana was born... View Obituary & Service Information

The family of Diana Fugitt McCeney created this Life Tributes page to make it easy to share your memories.

Send flowers to the McCeney family.