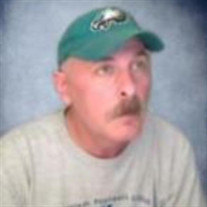 Dennis Edward Crowley, age 72, of Rehoboth Beach, DE passed away peacefully at home on Sunday, April 3, 2022. He was born on February 10, 1950, in Wilmington, DE, son of the late Joseph and Bernice (Kern) Crowley. Dennis grew up in Claymont attending Mt Pleasant High School. An excellent student, Dennis became the first person in his family to enroll in college. He attended the University of Delaware an earned a master’s degree in Education in 1976. Dennis took his talents to Dover, Delaware and began a career in education teaching Biology at Caesar Rodney High School. From there he became a champion for educators as a lobbying representative for DSEA where he found a new passion, computers. After spending time as the default office “computer guy,” Dennis decided to pursue his passion and created his own company, Prism Web Designs. His love for the beach and the Rehoboth community compelled him and the business to move there a few short years later. While in Rehoboth, he was a tireless advocate for the LGBT community and local charities, he owned an LGBT magazine and website. Retiring recently, he was able to focus on his true loves; his dogs (Chester, Millie, Patches), cooking, his summer garden and the Philadelphia Eagles. Above all, Dennis enjoyed spending time with those he held most dear. He was a wonderful father, grandfather, and friend. Loved by many, Dennis will be deeply and genuinely missed by all who knew him. In addition to his parents, he was preceded in death by his daughter, Kristin; the mother of his children, Patricia (Begley) Crowley; and his sister, Deanna Robinson. Dennis is survived by his children, Kerry Hudson (Bryan), Timothy Crowley, Kelly Crowley and Caitlin Crowley; and his 7 grandchildren. Final care for Dennis has been entrusted to Parsell Funeral Homes and Crematorium, Atkins-Lodge Chapel, Lewes, DE. Memorial arrangements will be private. A celebration of life will be held at a later date. In lieu of flowers the family requests donations in Dennis' memory to the ASPCA, https://secure.aspca.org/donate. Please sign the virtual guestbook located on the tribute page.

Dennis Edward Crowley, age 72, of Rehoboth Beach, DE passed away peacefully at home on Sunday, April 3, 2022. He was born on February 10, 1950, in Wilmington, DE, son of the late Joseph and Bernice (Kern) Crowley. Dennis grew up in Claymont... View Obituary & Service Information

The family of Dennis Edward Crowley created this Life Tributes page to make it easy to share your memories.

Send flowers to the Crowley family.