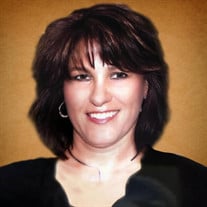 FLORIST NOTE: PLEASE DELIVER ALL ARRANGEMENTS BY 9AM WEDNESDAY, AUGUST 12, 2020 TO OUR LEWES LOCATION. Debra Jane Paxton, 65 REHOBOTH BEACH - Debra (Debbie) Jane Paxton completed her fruitful and loving life journey on August 4th, 2020 at her beloved home in Rehoboth Beach. Debbie was born on April 28th, 1955 to the late Edward Paxton and Jeanette Paxton-Norman in Darby, Pennsylvania. During Debbie’s early life, she moved with her mother, stepfather Earle Norman, and siblings to Delaware, where she would spend the remainder of her life. She attended elementary school and middle school at various schools in the Milton Consolidated School District (Now Cape Henlopen School District) and Capital School District. Debbie graduated from Dover High School in June of 1973. After High School Debbie was blessed with her first daughter, Cherie, in 1974, and afterwards devoted most of her time supporting her new family working at Parkowski, Noble & Guerke as an Administrative Assistant. Debbie gave birth to her first son, Jason in 1985. Afterwards, Debbie left work to devote time to her growing family. Soon after the birth of her first son, Debbie gave birth to her second daughter, Jennifer in 1987. In 1989, Debbie began her long career working in public education as an administrative assistant in the Capital School District. In 1994 Debbie gave birth to her youngest child and second son, Patrick. Debbie continued to work in the Capital School District, serving at various schools around Dover while attending adult education courses at Delaware Technical and Community College. Debbie left the Capital School District to work at the Christina School District in Wilmington where she also held various roles in the Christina Secretaries Association, including her role as President, to ensure fair pay and treatment of district administrative staff. While she was in Wilmington, Debbie also continued her education, taking courses at Goldey-Beacom College. In 2012, Debbie fulfilled a lifelong dream, moving to Rehoboth Beach where she worked the remainder of her professional career for the Cape Henlopen School District, at the Sussex Consortium. Debbie began her well-earned retirement in the spring of 2018 in order to pursue her many passions and spend time with her family, who were her life’s greatest treasure. Through her life, Debbie had become a woman of many passions and she wore many hats. She had a passion for fitness and served at various Gyms around Dover as a fitness instructor; she loved to tend bar, serving at various bars around Dover, and most recently tending the bar on the Cape May-Lewes Ferry. Debbie had an intense passion for baking; she briefly ran a wedding cake business, and every holiday (especially Christmas) she would bake cookies to give out. Debbie’s children, family, and friends always looked forward to receiving her annual Christmas cookies, and it’s often said that she made the best cookies. Debbie also loved cats and her books, which she fell asleep with most nights. Debbie’s yard was easily recognizable due to the vibrant gardens she grew. She spent time every day taking great care of her many plants and flowers. Debbie had a lifelong passion for the beach, frequently recounting trips to the beach during her youth with her family, and in recent years, she spent as much time on the sand and boardwalk as her busy schedule would allow. Debbie also loved to crochet, and some of her children’s favorite and most meaningful gifts were the blankets she hand-made for them. She also crocheted dishcloths and cat beds for all the cats she knew. Though Debbie was a woman of many hats, great passions, and great talent, her greatest treasure and source of pride in life was her family and her friends, who she loved unconditionally. Debbie would drive from Delaware just to pay her children and grand-children visits, often driving as far as Florida just for a brief trip. In addition to her parents, Debbie was preceded in death by her stepfather Earle Norman and her sister Sherri Sheldon. Debbie is survived by all of her children - Cherie Feaster, Jason Lambertson, Jennifer Lambertson, and Patrick Lynn III; two siblings - Donna Pusey, and Brian Norman; three grandchildren - Gavin Feaster, Lauren Feaster, and Teagan Lambertson; as well as numerous cousins, nieces, and nephews. Debbie is also survived by her boyfriend Dave Dobraniecki. She is also survived by her dearest friends - Pat Lynn Jr., Nancy Sykes, and MJ Benson. A celebration of life will be held on Wednesday, August 12, 2020 at 3:00 PM, at Parsell Funeral Homes and Crematorium, Atkins-Lodge Chapel, 16961 Kings Highway, Lewes, DE, where friends may visit beginning at 2:00 PM. A memorial mass will be held on Thursday, August 13, 2020 at 10:00 AM, at the Church of the Holy Cross, 631 South State Street, Dover, DE. Due to the dangers associated with the spread of Covid 19, all attendees shall wear a mask and maintain social distancing at all times while attending any aspect of the funeral services. The family kindly requests that flowers be ordered through Jen-Mor Florist, 2109 S Dupont Hwy, Dover, DE https://www.jenmor.com/ Please sign the online guestbook located on the tribute page.

The family of Debra J. Paxton created this Life Tributes page to make it easy to share your memories.

FLORIST NOTE: PLEASE DELIVER ALL ARRANGEMENTS BY 9AM WEDNESDAY,...

Send flowers to the Paxton family.