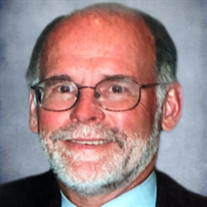 David S. Orr was born on November 24, 1947 and departed this life on August 9, 2021. The son of Hugh and Alvena Orr, he grew up as an "Army Brat" due to his father's career service in the U.S. Army. This brought him to forty-nine states, living in ten of them, and seven foreign countries. He attended high schools in Cincinnati and New York, and graduated from the Defense Department High School in Bremerhaven, Germany. He graduated from The Ohio State University in 1969 with a B.Sc. in psychology. He then went on to graduate school at the University of Cincinnati and earned an MA. in Sociology. A career federal employee, he began his career in 1970 with the Department of Navy, and went on to work with the U.S. Naval Oceanographic Office and the Defense Mapping Agency Hydrographic Center. Mr. Orr then served as Chief of Labor-Employee Relations at ACTION, Chief of Labor Disputes & Appeals with the U.S. Customs Service, and Director of Personnel & Labor Relations for the Federal Election Commission. In 1998 he became the first Associate Director for Human Resources at the Court Services & Offender Supervision Agency for the District of Columbia (CSOSA) where his work was recognized by the non-profit organization Partnership for Public Service as a "Best Practice.' In addition to his human resources responsibilities, he served in the Equal Employment Opportunity field as a counselor, investigator, advisory committee member and program director. After retiring in 2003, he became a consultant and trainer specializing in federal sector human resources management. Some of his clients included the Department of Commerce, Department of Agriculture, The Office of the Secretary of the Senate, Transportation Security Administration, U.S. Capitol Police, OPM's Eastern and Western Management Development Centers, U.S. Secret Service, NASA, the Department of Education, and his former agency, CSOSA. He appeared as a commentator on OPM's satellite TV broadcasts and WTOP radio's "Fednews" program and was an occasional contributor to the Federal Times newspaper. He was a member of the Sussex Pines Country Club in Georgetown, Delaware and the Sons of the American Legion, Post 28 in Oak Orchard, Delaware. He was also a Life Member of the Ohio State University Alumni Association, having served a term as President of the Washington, D C. Chapter. His avocations were golf, cooking foreign cuisines, and spending time at the Delaware beaches. He is survived by a son, Matthew and daughter-in-law, Gina, a daughter Katherine, his devoted caretaker Tommy, and family dog, Bazle. Michele, his wife of 29 years predeceased him in 2011. A graveside service will be held on Wednesday, August 18, 2021 at 11:00 AM, at Epworth Methodist Cemetery, Henlopen Avenue, Rehoboth Beach, DE. In lieu of flowers, donations can be made to David’s memory to Delaware Hospice, 100 Patriots Way, Milford, DE 19963. Please sign the virtual guestbook on the tribute page.

David S. Orr was born on November 24, 1947 and departed this life on August 9, 2021. The son of Hugh and Alvena Orr, he grew up as an "Army Brat" due to his father's career service in the U.S. Army. This brought him to forty-nine states, living... View Obituary & Service Information

The family of David Stephen Orr created this Life Tributes page to make it easy to share your memories.

Send flowers to the Orr family.