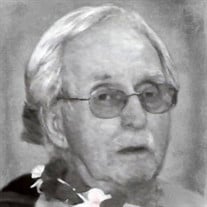 David William Huselton, age 79 of Millsboro, DE, formerly of Wilmington, DE, passed away suddenly on Friday, May 28, 2021, at Beebe Healthcare, in Lewes, DE. He was born on July 24, 1941 in Wilmington, DE, son of the late Lillian F. (Henry) Huselton. David attended Mt. Pleasant High School, then went on to enlist in the Army where he honorably served his country for 3 years. In 1969, David married the love of his life, Sharon. They enjoyed a lifetime together and would have celebrated their 52nd anniversary in July. He worked for the 7UP Company in Claymont, DE, then became an independent distributor for Thomas English Muffin. David was locally known as the "muffin man", retiring in 2000. Following his retirement, David and Sharon relocated to Sussex County to live out their golden years. David was not one to stay at home, so he began working at the CHEER Center as a driver for senior citizens up until his retirement in May of 2021. David was a member of Delaware Veterans Post # 1 in Wilmington, DE. He was an avid Philadelphia sports fan except for the Phillies, the LA Dodgers were his team. He loved to talk about sports and knew a lot about sports too. More than anything, David loved his family and never missed an event. He coached his daughter's Talleyville softball team, cheered her on at her swimming meets and attended almost everything she was involved in. And she was involved in a lot. David was a loving and devoted husband, father and dear friend who will be deeply missed by all who knew him. In addition to his mother, David was preceded in death by his infant son, David W. Huselton, Jr. He is survived by his beloved wife of nearly 52 years, Sharon A. (Humble) Huselton; his daughter, Tanya Earner and her husband James of Milton, DE; and his extended family and friends. A funeral service will be held on Monday, June 7, 2021, at 11:00 AM, at Parsell Funeral Homes and Crematorium, Atkins-Lodge Chapel, 16961 Kings Highway, Lewes, DE, where friends may visit beginning at 10:00 AM. Interment will be private at Silverbrook Cemetery, Wilmington, DE. Masks must be worn, and social distancing must be observed by all attending or participating in any aspect of the funeral service. Memorial contributions may be made in David's memory to the Brandywine Valley SPCA, 22918 Dupont Blvd, Georgetown, DE 19947 or https://bvspca.org/. Please sign the virtual guestbook located on the tribute page.

David William Huselton, age 79 of Millsboro, DE, formerly of Wilmington, DE, passed away suddenly on Friday, May 28, 2021, at Beebe Healthcare, in Lewes, DE. He was born on July 24, 1941 in Wilmington, DE, son of the late Lillian F. (Henry)... View Obituary & Service Information

The family of David William Huselton created this Life Tributes page to make it easy to share your memories.

Send flowers to the Huselton family.