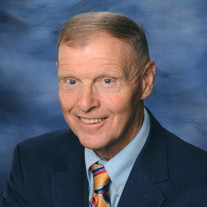 Services may also be viewed live stream by visiting https://youtu.be/gO57Kw-k3jQ. Florist Note- Please deliver all floral arrangements to the Lewes Funeral Home on Friday between the hours of 10 AM and 4 PM. David E. Robinson In September 1943, Dave was born in Dover, Delaware to Ernestine Davis Robinson and J. Frank Robinson. In April 2022, he peacefully and gracefully transitioned to be with his heavenly father while at his home in Lewes with his wife and children by his side. Dave was raised in Lewes on Manila Avenue, and he grew up working in his parents’ store, Robinson IGA, now Lloyd’s Market. He enjoyed learning the skills of a butcher, and Dave loved taking the food orders to Otis Smith’s menhaden fishing fleet. Dave spent his summers swimming in the canal, bay, and ocean, and he could even waterski on one foot. Dave attended Lewes High School, where he played football, and he proudly played in the 1961 Blue-Gold All Star Football game. After high school, Dave played football at West Chester State College. Later, Dave received his master’s and Specialist Degree from Missouri Central State College, and he earned his Doctorate from Nova University. After graduating from college, Dave returned to teach and coach football in Lewes. Then, in 1968, Dave began his career in the Caesar Rodney School District. Dave was a teacher, assistant principal, and principal at Caesar Rodney High School, and he served as the district superintendent in the last six years of his career until his retirement in 2004. Dave was a very hands-on administrator, visiting every school and attending a variety of events in the district during his career. He believed in being present to support students and staff. Throughout his career, Dave received many accolades. In 1995, he was honored as the state of Delaware’s secondary principal of the year by the National Association of Secondary School Principals. The Delaware Interscholastic Athletic Association presented Dave with the Lifetime Achievement Award in 2018. In 2021, Dave was humbled when the Caesar Rodney School District named their newest school in Magnolia the David E. Robinson Elementary School. After his retirement from Caesar Rodney, Dave was a consultant for the Vision 2015 coalition and the University of Delaware, and he worked as an adjunct professor for Wilmington University. When Dave moved back to Lewes, he worked as the Interim Superintendent of Cape Henlopen School District. In that one year, he brought in many coaches and led the upgrade of Champion’s Stadium. He was so happy he finished his career full circle in town where he grew up. Dave lived life to the fullest! He and Linda traveled every year, and they visited all fifty states and Ireland, hiked to the bottom of the Grand Canyon (and back out), and even flew over Mt. Saint Helens a month after it erupted in 1980. One of Dave’s favorite things to do while traveling was to visit college campuses, and Dave always found a way to get inside the campus football stadium and basketball arena, whether he was invited or not. Dave was a runner for many years, running everything from 5Ks to marathons. He also enjoyed cycling, riding the Erie Canalway trail and across Iowa several times in RAGBRAI. Thanksgiving was one of Dave’s favorite days, and in some years, as many as sixty family members and friends would gather in fellowship and fun. Dave was great cook, and many friends will remember eating his barbeque chicken or steaks. Later in Dave’s life, he was diagnosed with myelodysplastic syndrome. Then, after a bike accident in 2016, Dave was confined to a wheelchair. Despite his hardships, he still rolled around Lewes with a smile on his face. Dave made friends wherever he went. He loved life, and all the people in it. Dave is survived by his wife of 53 years, Linda, and daughters Dr. Amy J. Robinson (Bill Crotty) and Alison Robinson Hughes. Dave’s six loving grandchildren are Ava, Darcy, Logan, and Liam Crotty, and Lelia and Daisy Hughes. Dave is also survived by his siblings, Linda Robinson Souder (Ron), Jim Robinson (Trish), and Joe Robinson (Kristen). He leaves behind many nieces, nephews, and wonderful friends. Services will be Saturday, May 14, 2022, at Bethel United Methodist Church, 129 W. 4th Street, Lewes, DE where a visitation will be held from 9am -11am and a celebration of Dave’s life at 11am. Services may also be viewed live stream by visiting https://youtu.be/gO57Kw-k3jQ. In lieu of flowers, donations in Dave’s memory can be made to Bethel UMC, 129 W 4th St, Lewes, DE 19958; Beebe Medical Foundation, Family Practice Residency Program, 902 Savannah Rd, Lewes, DE 19958; or the David and Linda Robinson Scholarship care/of the Greater Lewes Foundation at https://greaterlewesfoundation.org/dr-david-e-and-linda-s-robinson-scholarship-fund/. Please sign his virtual guestbook at this site.

Services may also be viewed live stream by visiting https://youtu.be/gO57Kw-k3jQ. Florist Note- Please deliver all floral arrangements to the Lewes Funeral Home on Friday between the hours of 10 AM and 4 PM. David E. Robinson In September... View Obituary & Service Information

The family of Dr. David Ernest Robinson created this Life Tributes page to make it easy to share your memories.

Services may also be viewed live stream by visiting https://youtu.be/gO57Kw-k3jQ.

Send flowers to the Robinson family.