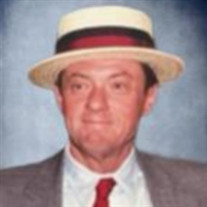 David Booth Beers, Chancellor to four Presiding Bishops of The Episcopal Church, has died at age 86 after a short illness. Beers was a dynamic Washington, DC lawyer, a longtime professor of Latin and Greek, a tireless supporter and board member at numerous schools and charitable organizations, and an energetic father of five. In 1988, Beers became an enthusiastic part-time resident of Lewes, Delaware. In the early 2000s, Beers was the leading architect of The Episcopal Church’s nationwide legal strategy to protect assets donated by generations of Episcopalians from dissenters who were unhappy with the Church’s ordination of an openly gay, partnered Bishop and the election of its first female Presiding Bishop. The Church’s legal strategy, which Beers executed alongside Episcopal chancellors from around the U.S., resulted in the saving of hundreds of millions of dollars in assets for the denomination. “Over his many years of service, David’s knowledge of civil and church law made his advice and counsel invaluable,” said the Right Reverend Frank T. Griswold, the Church’s 25th Presiding Bishop. “Given his reputation for evenness in handling difficult and sometimes emotionally fraught situations, Bishops and other members of the clergy turned to him frequently and were never turned away. At the same time, chancellors serving other bishops sought his counsel, and, with his encouragement, established a network of their own. The health of the church as a whole, in its fidelity to the Gospel, lay at the heart of what can only be called David's ministry.” Beers was born and raised in New Haven, Connecticut. His father, William Leslie Beers, practiced law at Beers & Beers with his own father in New Haven, and later served as Connecticut’s Attorney General. David Beers earned a Bachelor’s degree in Classics and Modern Languages at Trinity College, where he was active on the tennis and fencing teams and a member of St. Anthony Hall. He went on to earn two degrees simultaneously at the University of California at Berkeley, one in Law and another in Latin. After clerking for U.S. District Judge Fred Kunzel in Southern California, he joined the Washington, DC law practice of Ely, Duncan & Bennett, in 1961. Just two years later he was recruited to join the boutique Washington law firm of Shea & Gardner, where he flourished, serving as partner for many years. In 2004, Shea & Gardner became a part of the international firm Goodwin Procter (now Goodwin Law). Beers served as Counsel at Goodwin into 2022. In addition to practicing law, Beers was a popular part-time professor of Classics at George Washington University for 30 years. He taught courses in Latin and Greek at all levels. In 1977, Beers was asked by the Right Reverend John T. Walker, Bishop of the Episcopal Diocese of Washington, to become his Chancellor. The two became the closest of colleagues and friends, and worked together until Walker’s sudden death in 1989. Two years later, Beers was called to serve as Chancellor to the Right Reverend Edmond L. Browning, then Presiding Bishop of The Episcopal Church. Following Browning’s retirement, Beers served as Chancellor to three successive Presiding Bishops: Bishop Griswold, the Right Reverend Katharine Jefferts Schori, and the Most Reverend Michael Bruce Curry, who currently serves as Presiding Bishop. Beers retired as Chancellor in 2019. “David had a deep love for the Episcopal Church, and was one of its most faithful and selfless servants. He was a no stranger to the vagaries and contradictions he frequently had to confront in his role as Chancellor,” reflected Bishop Griswold. “One of David’s gifts that I most appreciated,” Bishop Griswold went on, “was his pastoral sensitivity, and, at the same time an equally clear sense of what a particular situation required. There were times when he would gently pull me back from acting with what he perceived as undue severity, and there were occasions when, with equal care, he would confront my reluctance and urge me to act decisively. He also had a wonderful sense of humor, and could laugh with compassion at the ambiguities and contradictions of our humanity.” Beers was a passionate member of the Board of Trustees of Virginia Theological Seminary and of St. Andrew’s School; co-founder and member of the Board of Governors at the Bishop John T. Walker School for Boys; a longtime member of St. Peter’s Church in Lewes, Delaware; and former vestry member and Senior Warden at St. Patrick’s Episcopal Church, Washington, D.C., where he was a parishioner for over 50 years. Beers was married to Margaret Graham Beers, whom he met in 1951, when he was just 15. Together they raised five children: David III, Paul, Anthony, James, and Alexandra. In addition to his wife and children, Beers is survived by his sister, Mary Jane Cooper, and brother-in-law, retired Major General William E. Cooper; a son-in-law, David Shenk; two daughters-in-law, Carol Beers and Marian Beers; his grandchildren, Parker, Daphne, Charlotte, David IV, Natalie, Jackson, Samuel, Lucy, and Henry; and a great-grandson, Charlie. A funeral service will be held on Saturday, April 9, 3:00pm, at St. Patrick’s Episcopal Church, 4700 Whitehaven Parkway, Washington, DC. Donations in memory of David Booth Beers may be made to Bishop John T. Walker School for Boys: bishopwalkerschool.org. Please sign Beers Life Memorial guestbook located on this site. FLORIST NOTE: PLEASE HAVE ALL FLORAL ARRANGEMENTS DELIVERED DIRECTLY TO ST. PATRICK'S EPISCOPAL CHURCH BY 2 PM ON SATURDAY, APRIL 9, 2022.

David Booth Beers, Chancellor to four Presiding Bishops of The Episcopal Church, has died at age 86 after a short illness. Beers was a dynamic Washington, DC lawyer, a longtime professor of Latin and Greek, a tireless supporter and board... View Obituary & Service Information

The family of David Booth Beers created this Life Tributes page to make it easy to share your memories.

David Booth Beers, Chancellor to four Presiding Bishops of The...

Send flowers to the Beers family.