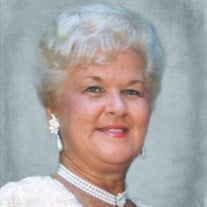 Connie R. Catts, age 80 of Rehoboth Beach, DE, passed away on Wednesday, January 27, 2021 at her home. She was born on May 22, 1940 in Rehoboth Beach, DE, daughter of the late Willard G. and Dorothy M. Russell. Mrs. Catts graduated from Rehoboth High School and attended Goldey-Beacom College, in Wilmington. She held various positions at different companies throughout her life, including her family’s business, Russell Brothers Hardware in Rehoboth Beach, Mae Hall McCabe Real Estate, Sussex Trust Bank, Kirkpatrick Oyster, Co., and of course, Catts Beach Service. She was also active in the Red Hats Society, as well. Mrs. Catts was a true local and loved everything living at the beach had to offer. Her greatest joy, however, came from the beautiful family she raised. Mrs. Catts was the beloved matriarch, and she took great pride in her role of homemaker and mother. Above all, Mrs. Catts cherished time spent with those she held most dear. She was a loving and devoted mother, grandmother, and friend who will be deeply missed by all who knew her. In addition to her parents, Mrs. Catts was preceded in death by her husband, Wilson “Dick” Byard Catts; her son, Richard Catts; and her brother, Ronald Francis Russell. She is survived by her children: John “JP” Phillips (Claire Aiello), Sharon Figun (Tony Cosgrove), and Russell Catts (Kim); and her grandchildren: Nicholas Figun, Garrett Catts, Chandlee Catts, Morgan Howard (TC), Ashley Catts, and Blake Catts. Due to COVID restrictions, services will be private. A celebration of Mrs. Catts' life will be announced at a later date. In lieu of flowers, the family requests contributions in Mrs. Catts’ memory to Delaware Hospice, 100 Patriots Way, Milford, DE 19963, or any charity of choice. Please sign the online guestbook located on the tribute page.

Connie R. Catts, age 80 of Rehoboth Beach, DE, passed away on Wednesday, January 27, 2021 at her home. She was born on May 22, 1940 in Rehoboth Beach, DE, daughter of the late Willard G. and Dorothy M. Russell. Mrs. Catts graduated from Rehoboth... View Obituary & Service Information

The family of Connie R. Catts created this Life Tributes page to make it easy to share your memories.

Send flowers to the Catts family.