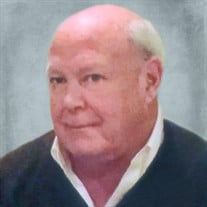 Charles Scott Jamison, age 63 of Rehoboth Beach, DE, passed away on Sunday, September 6, 2020. He was born on March 6, 1957 in Wilmington, DE, son of the late Francis J.and Elizabeth "Bette" Jamison. Scott graduated from Alexis I. DuPont High School. As a teenager, he joined the Hockessin Fire & Rescue, which gave him great fulfillment. He pursued his love of golf, becoming the assistant pro at The Salt Pond in Bethany Beach, Delaware for several years. Scott later had the opportunity to work with his father, Fran, at the Delaware Safety Council in Wilmington. Switching gears, he pursued truck driving cross country, enjoying the independence it offered. Scott's final job was with the golf course maintenance staff at Kings Creek Country Club in Rehoboth Beach, Delaware. Scott had many friends who were shocked and saddened by his sudden passing. What everyone remembers most was Scott's upbeat, pleasant disposition, greeting others with a smile, and a "life is good and all is well" attitude. He was always ready to help others at a moment's notice. Scott will be greatly missed, but his light will continue to shine on in all who knew and loved him. In addition to his parents, Scott was preceded in death by his brothers: Frank Jamison and Peter Jamison; and his brother-in-law, George Hansen. He is survived by his sister, Lisa Hansen; his sister-in-law, Leigh Jamison; his nephew, Acton Jamison; and many cousins. All services are private. Please sign the online guestbook located on the tribute page.

The family of Charles "Scott" Jamison created this Life Tributes page to make it easy to share your memories.

Send flowers to the Jamison family.