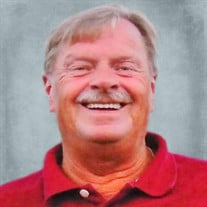 Charles Louis McMullen, Jr, age 76 of Ocean View, DE and formerly of Perry Hall and Govans, MD, passed away on Wednesday, December 2, 2020. He was born on December 17, 1943 in Baltimore, MD, son of the late Charles L. McMullen and Mildred McMullen Twist. Mr. McMullen made a career as an electrician, working his way up as an Apprentice, Journeyman, and finally, a Master Electrician. He was an electrical contractor and the owner and operator of McElectric, Inc. Mr. McMullen’s interests were many and varied. He was an avid traveler, amateur bowler, corn-hole enthusiast, as well as a player of dominoes and card games. Mr. McMullen loved the beach and all the sun and fun it had to offer, especially wave-running. He was a member of Local, County, and State Electrical Contractor groups and a prior member of St. Mary’s Church in Govans, MD. Above all, Mr. McMullen cherished time spent with those he held most dear. He was a loving and devoted husband, father, grandfather, great-grandfather, and friend who was loved by many and will be deeply missed by all who knew him. In addition to his parents, Mr. McMullen was preceded in death by his brothers: Paul Eugene McMullen and Wesley McMullen. He is survived by his beloved wife, Jacqueline Bell McMullen of Ocean View, DE; his children: Kimberly Georg (Craig) of BelAir, MD and Selbyville, DE, Lisa Lauf (Ed Adams) of Perry Hall, MD, Stacey Pacoe (David) of Abingdon, MD, and Charles Louis McMullen III (Melissa) of Atlanta, GA; his grandchildren: Jennifer, Jessica, Cameron, Maggie, Beth, Samantha, Tyler, Elizabeth (LG), and Collier; his great-grandsons: John Parker and Caiden Charles; and his many extended family members, friends, and friends of his children and grandchildren. A memorial service will be scheduled at a later date, in the summer of 2021, in Baltimore, MD. In lieu of flowers, the family requests contributions in Mr. McMullen’s memory to the National Kidney Foundation, Heaver Plaza, 1301 York Road, Suite 209, Lutherville, MD 21093, or www.kidneymd.org, or the Leukemia/Lymphoma Society, www.donate.lls.org. Please sign the online guestbook located on the tribute page.

The family of Charles Louis McMullen Jr. created this Life Tributes page to make it easy to share your memories.

Send flowers to the McMullen family.