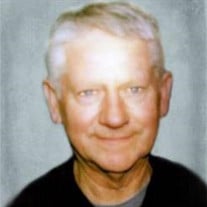 FLORIST NOTE: PLEASE HAVE ALL FLORAL ARRANGEMENTS DELIVERED BY 3 PM, TUESDAY, NOVEMBER 19, 2019 TO PARSELL FUNERAL HOMES, BRIDGEVILLE, DE. Charles Henry Brown, “Charlie”, of Bridgeville, DE left this world on November 15, 2019 surrounded by his family. He was born on June 30, 1936 in Bridgeville to the late William Jacob and Lida Swiggett Brown. He was preceded in death by his brothers William Jacob and Franklin Roosevelt Brown and sister Ruth Brown Adams. Charlie grew up in Bridgeville and graduated from Bridgeville High School in 1954. He spent his childhood with his family and helped operate their business, Brown’s Garage, for many years. In 1957 he married his sweetheart Ruth Chalmers and started his own family at the house next to his childhood home. Charlie began working for Delaware Electric Cooperative in Greenwood, DE in 1967 and held a variety of positions during his career. He retired after 33 years of service as a transformer technician. Charlie was an avid angler and spent the majority of his retirement fishing the beaches of Delaware and the Outer Banks of North Carolina with his family. He enjoyed dining out with his wife and family and always ordered the salmon meal off the menu. Charlie was a man of few words, and showed his love for his family through his actions. He was the consummate “Mr. Fix-It” as he was able to look at any project and come up with a solution. He could always be counted on to show up with the right tool and assist any family member in need. Charlie was a member of several organizations including; the Hiram Lodge #21 A.F.& A.M. Seaford, DE, the Kent/Sussex Scottish Rite Club (32 degree mason) and the Nur Shrine Temple. He is survived by his wife of 62 years, Ruth Chalmers Brown; four children: Cindy Webb (Skip), Candy Linton (Paige), C. Curt Brown (Donna) and Caryn Chasanov (Heath); and six grandchildren: Skipper Webb, Sierra Harvey, Shanea Webb, Carleigh Chasanov, Conner Chasanov, and Carter Chasanov. In addition, two great-grand daughters survive him: Sayda McQuillen and Starley Harvey. A Funeral Service will be held on Wednesday, November 20, 2019 at 11:00 AM at Parsell Funeral Homes & Crematorium, Hardesty Chapel, 202 Laws Street, Bridgeville, DE, where friends may call beginning at 10:00 AM. Burial will follow services at St. Johnstown Cemetery, Greenwood, DE. Friends may also call the evening prior, Tuesday, November 19, 2019 from 6:00 to 8:00 PM at the funeral home. Masonic Services will be held at 7:00 PM. In lieu of flowers, contributions in Charlie’s memory can be made to Shriners Hospitals for Children at shrinershospitalsforchildren.org. Donations in his honor can also be made to Delaware Hospice. Please sign Charlie’s Online Guestbook located on this site.

The family of Charles Henry Brown created this Life Tributes page to make it easy to share your memories.

Send flowers to the Brown family.