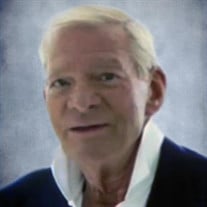 Baltimore Advertising Executive Bruce Dunham Ask Bruce Dunham what it takes to build a successful career, and he wouldn't talk much about what he did. He'd be too busy giving the credit to everyone else. The highly respected marketer began... View Obituary & Service Information

The family of Bruce Sherin Dunham Jr. created this Life Tributes page to make it easy to share your memories.

Send flowers to the Dunham family.