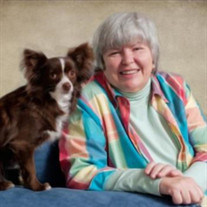 Betsy A. Schmidt, age 76 of Rehoboth Beach DE and formerly of Pittsburgh PA, passed away on Sunday, March 27, 2022, of heart failure. She was born on Sept. 4, 1945, in Nova Scotia, Canada to Beryle Elaine Kennedy and Percy Warnback, and was the adopted daughter of the late Harry and Ethel Schmidt of Pittsburgh, PA. As Betsy was adopted as an infant, she was thrilled later in life to find her birth family. She visited them many times and developed loving relationships with them which she treasured dearly. Betsy was a graduate of Taylor Allderdice High School, Class of 1963 and Carnegie (Tech) Mellon University in Pittsburgh, Class of 1967, where she earned a music degree majoring in the French horn. She taught instrumental music in the Pittsburgh Public School System for 33 years. Betsy loved the theatre and spent summers working in Summer Stock Productions as a lighting director. She contributed her talents and experience to the community theater group, Possum Point Players. Approaching its 50-year anniversary, PPP has grown and matured. It now has its own professional-quality theater building in Georgetown, DE and presents five main-stage productions annually. In the early years of the group, Betsy designed, personally purchased, and installed the first lighting system. From her prior professional theater experiences, she taught members about the use of lights, lighting, and backdrops. She directed and co-directed several early productions, and in addition to expertly directing, she taught the group valuable lessons about production and direction of shows. Betsy was an established member of the Lewes Yacht Club sailing activities. She was one of a small group of sailors who participated locally, nationally, and internationally in Sunfish regattas. She was a regular patron of the LYC restaurant and was part of an early-morning lap-swimming group in the LYC pool. Above all, she cherished the time with her family and those that she held close to her heart. She was a very special and loving daughter, sister, aunt, and a friend, and she will be genuinely missed by all who had the good fortune to know her. In addition to her biological and adoptive parents, Betsy was preceded in death by her adoptive brother, Thomas Schmidt of Pittsburgh, PA, and her biological brother Terry Wamback. She is survived by her niece Risa Kosko (John) of Hampton VA; her nephew Bill Schmidt (Donna) of Burbank CA; her great nieces: Erin Lavalley (Matt) and Jenifer Kosko of Hampton VA, and Rebecca Schmidt of Seattle WA; and her great nephew, Louis Schmidt of Burbank CA; her brothers: Harold Wamback (Rhoda), John Wamback (Brenda), and James Wamback (Roxanne); and her sisters: Penny MacLeod, Adeline Wamback, and Carol Ann Stoddard (Cormier). Services are private. In lieu of flowers, the family suggests memorial contributions in Betsy’s Honor may be made to Possum Point Players Community Theatre, P.O. Box 96, Georgetown, DE 19947. Memorial donations may also be made to the Delaware SPCA, 22918 Dupont Blvd, Georgetown, DE 19947, or www.bvspca.org , or a favorite charity of choice. Please sign the virtual guestbook located on the tribute page.

Betsy A. Schmidt, age 76 of Rehoboth Beach DE and formerly of Pittsburgh PA, passed away on Sunday, March 27, 2022, of heart failure. She was born on Sept. 4, 1945, in Nova Scotia, Canada to Beryle Elaine Kennedy and Percy Warnback, and was... View Obituary & Service Information

The family of Betsy Ann Schmidt created this Life Tributes page to make it easy to share your memories.

Betsy A. Schmidt, age 76 of Rehoboth Beach DE and formerly of...

Send flowers to the Schmidt family.