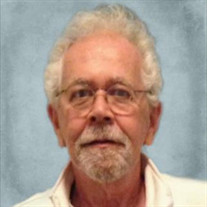 Barton "Barry" Jerome Morrison, age 84, passed away peacefully on Sunday, October 18, 2020, at his home in Milton, DE. He was born in Baltimore, MD, son of the late Sidney and Annette (Shuman) Morrison. He graduated in 1954 from Baltimore City College before joining the U.S. Army where he served as a Specialist Fourth Class, Morse Code operator in Dusseldorf, Germany. Upon his return, Barry earned his hairstylist license and worked for several Baltimore-area salons before opening The Embassy, a vibrant beauty salon in Pikesville, MD for 25 years. He later went on to work as a stylist at About Faces in Pikeville, MD and Bling Salon in Lewes, DE. Barry and his wife of 60 years, Bonne S. (Clair) Morrison, loved a Sunday drive, a good party, weekly sangha gatherings with close friends, exploring new restaurants, cocktails, and attending family events. He especially enjoyed giving haircuts, gratis of course, to friends and family so as to spend time with them and keep them looking stylish. He enjoyed pottery as a hobby and gifted everyone with one-of-a-kind pieces. A beach-lover at heart, he enjoyed spending time at their second home in Lewes, until their eventual retirement to Milton where he and Bonne volunteered at Beebe Medical Center, Seaside Jewish Community, and the Rehoboth Beach Film Society. The Morrison family is especially grateful to Dajon Tunnell of Always Best Care for her care of Barry during his illness and Delaware Hospice for keeping him comfortable in his final days. Barry is survived by his beloved wife, Bonne; his two daughters: Jody Morrison (Cynthia) of Baltimore, MD and Stacy Morrison (Kevin) of Lewes, DE; his three grandchildren: Sydney, Jacob, and Danielle; his brother, Stanley A. Morrison (Candis) and their sons, Timothy, Trevor, Nicholas, Zachary (Alexander), and Spencer; and his brother, Richard B. Morrison (Carol) and their sons, Scott and Kevin (Mia). All services are private. In lieu of flowers, donations in Barry’s name may be made to the Alzheimer’s Association of Delaware, 108 N. Bedford St., Georgetown, DE 19947 or Delaware Hospice Center, 100 Patriots Way, Milford, DE 19963. Please sign the online guestbook located on the tribute page.

Barton "Barry" Jerome Morrison, age 84, passed away peacefully on Sunday, October 18, 2020, at his home in Milton, DE. He was born in Baltimore, MD, son of the late Sidney and Annette (Shuman) Morrison. He graduated in 1954 from Baltimore City... View Obituary & Service Information

The family of Barton "Barry" Jerome Morrison created this Life Tributes page to make it easy to share your memories.

Send flowers to the Morrison family.