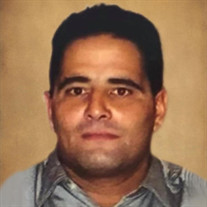 The world is a fine place and worth the fighting for and I hate very much to leave it.” - Ernest Hemingway Rest in Peace Anthony Richard Hunt May 29, 1966 - March 30, 2021 Anthony Richard Hunt of Lewes, Delaware was a great man. First and foremost, Anthony loved his family, always doing his best to make family the priority in his life. As well, Anthony is remembered as a good friend to so many. We, his family, and friends, honor his life, one of loving relationships, hard work, and a deep connection to nature. Anthony was a member of the Native American Lumbee Tribe, as his mother was 100% Lumbee. He grew up in Philadelphia, PA with also much influence from his Native American family roots in North Carolina. Throughout Anthony’s younger years, he was a highly valued employee of DeNofa Construction in Philadelphia, PA, completing multiple large-scale projects in the city including 30th Street Station, various locations of Olde City and the historic PSFS Building, to name a few. Anthony was a natural leader and very knowledgeable about all things to do with building, innovating and repair. He was always an energetic, hands-on person, ready to get the job done. His ethics on efficiently executing hard work, often requiring great strength and tenacity, was just something that was hard wired into him. Over the past decade, Anthony had volunteered much of his time to do all the behind-the-scenes work for the two Montessori schools founded by his wife, Lisa. At Lewes Montessori School and Rehoboth Beach Montessori School Anthony renovated classrooms, built playgrounds, landscaped beautifully, and repaired just about anything. So often Anthony had the greatest stories to tell, fun memories about cherished times he spent with the people in his life. A story Anthony was known to happily tell was about how he and Lisa had met in Philadelphia in 1998. As he usually started, he was working on the roof of the PSFS Building, over 30 floors up. He remembered that as a kid growing up in Philly, in the nighttime he would often look at the brightly lit PSFS sign in the distance. On the roof, that day he had stopped for a few minutes to say a prayer, asking God to send him someone special to share his life with. Anthony and Lisa met that day, and their journey of 20+ years together of true love and devotion to family began. Meant to Be: In the end of March, after some weeks already in the hospital, Anthony was medically transported to the ICU at Jefferson Hospital in Philadelphia. When Lisa arrived after a long drive, she went directly to the hospital to be with him. At 8:00pm the nurse told Lisa she had to leave the hospital and could return the next day. Quickly booking a nearby hotel online, Lisa then drove to the address. While checking in at the reception desk she asked if it was possible to have a room on a higher-up floor with a good view of the PSFS Building, since it is special to her husband and her. The clerk seemed confused, went to talk to someone, came back and finally said, “this hotel IS IN the PSFS Building”. Lisa had not known. It was absolutely meant to be. During those several days before Anthony passed over to eternal life on March 30, when she could not be at the hospital, she was on the 28th floor of the PSFS Building. Looking out over the city and up to the sky, she prayed, as he had when he said the prayer in 1998 that had brought them together. Anthony’s legacy is his children and his great love for them. Throughout the years he taught each of them so much - how to ride a bike, how to cast a rod and catch a fish, how to cook, fix things, how to garden and landscape, and so much more... the many lessons that a father imparts to his children. The list is long. At home, among many things, Anthony was the chef, often busy in the kitchen preparing the best dinners each night. Family vacations to Canada, Florida and everywhere in between will forever hold some of the best memories of our time together. Most missed is the sound of Anthony’s voice, the talks and daily life with The Best Dad. Enjoyment of nature and life in the great outdoors was at the top of Anthony’s favorite pastimes. He was known to be an early riser, and with cup of coffee in hand was soon outside working for hours on the garden, trimming trees and bushes, working on the house and around the property. Anthony’s fondness for the variety of wildlife, birds, foxes, deer and more, led him to take special care of their habitat. The area of the property that has become the nature preserve was his most recent project and his family has chosen to memorialize him through The Anthony R. Hunt Nature Preserve, continuing the great work that he started. Donations for the preserve’s fund may be made at https://gofund.me/eaa3cf31. Anthony is survived by his wife, Lisa; his sons: Anthony James and Tristan; his daughters: Shelby and Randi of Lewes, DE, and Natasja of San Francisco, CA; granddaughters: Mya and Rosalee; brother and sister-in-law, Jim and Peggy Hunt of Philadelphia, PA; aunt and uncle, Phyllis and Thomas Peterson of Bradenton, FL; mother-in-law, Birgit Cooney of Dover, DE; sister-in-law, Karin Cooney-Newton; niece, Kristina and nephew, James of Middletown, DE; and the many members of his extended family. Anthony loved and cared for his two Labrador Retrievers over the past years, Sophie and Rocky, very much part of the family. Love is infinite. May you be at peace in heaven our dear Anthony. Until we meet again. The memorial service for Anthony took place on Saturday, April 3 at Conley’s UMC Chapel. Please sign the virtual guestbook located on the tribute page.

The world is a fine place and worth the fighting for and I hate very much to leave it.&#8221; - Ernest Hemingway Rest in Peace Anthony Richard Hunt May 29, 1966 - March 30, 2021 Anthony Richard Hunt of Lewes, Delaware was a great man. First... View Obituary & Service Information

The family of Anthony Richard Hunt created this Life Tributes page to make it easy to share your memories.

The world is a fine place and worth the fighting for and I hate...

Send flowers to the Hunt family.