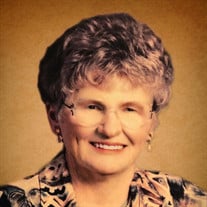 Annabell (Smith) Hanna, age 97 of Rehoboth Beach, DE, passed away peacefully on July 4, 2020 in Sussex County, DE. She was born on August 3, 1922 in York, PA, daughter of the late Roy and Myrtle (Barnhart) Smith of Red Lion, PA. In 1943 she married the love of her life, William (Bill) S. Hanna, who preceded her in death in 2012. Annabell graduated from Red Lion High School in 1940. Her first job was as an office worker in one of the many cigar factories in Red Lion supplying cigars for "the boys" during WWII. She spent most of her working life in the ladies' garment industry and was a proud member of the International Ladies' Garment Workers' Union. She said her first glimpse of the ocean was sometime before “the war” when her husband-to-be drove her to his favorite place, Rehoboth Beach. They returned every chance they could, eventually retiring there almost 40 years ago. Annabell loved her grandchildren. She enjoyed reminiscing about growing up on Gay Street in Red Lion, relaxing on her back porch swing in Rehoboth feeding the birds and squirrels, and watching the tide roll in at the Indian River Inlet with her morning coffee and chocolate frosted donut. In addition to her parents and husband, Annabell was preceded in death by her sisters: Thelma (Smith) Koontz and Cleo (Smith) Fulton; and her brothers: Lester, Jay, and Elwood Smith. She is survived by her daughter, Susan Criswell and her husband Carl; her son, Stephen Hanna and his wife Connie; her four grandsons: Lucas and Brooks Hanna, Michael and Daniel Criswell, and Daniels's wife Kristine; her three great-grandchildren: Evelyn, Andrew and Annabell; and numerous nieces and nephews. There are no public services planned. Annabell would want her family and friends to celebrate her life in a safe and socially distant manner of their choosing. Interment will be in Susquehanna Memorial Gardens, York, PA, alongside her beloved husband. In lieu of flowers, the family suggests contributions in Annabell's memory to Delaware Hospice, Inc., 100 Patriots Way, Milford DE 19963. Please sign the online guestbook located on the tribute page.

The family of Annabell Hanna created this Life Tributes page to make it easy to share your memories.

Send flowers to the Hanna family.