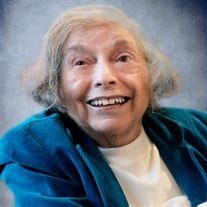 Ann Lynch Dyer, age 90, of Rehoboth Beach, Delaware, went Home to be with her Lord and Savior, Jesus Christ, on Monday, May 25, 2020 at her home, while her faithful caregiver, Rose Lawson and her son, Preston Lynch Dyer, Sr. were present. Born on August 19, 1929 to Clarence K. Lynch and Carolyn P. Lynch, she and her sister, Mary L. Taylor, lived in Georgetown and Rehoboth Beach on Rehoboth Avenue. A graduate of Georgetown High School in 1947, she cherished her classmates and enjoyed attending all of the Class Reunions and gatherings. After graduating from Goldey Beacom College, she worked as a legal assistant in Georgetown, as an assistant at the Milford School District, helped her husband in their family business and later in life she sold ads at the Milford Chronicle where she established life-long friendships with the owners and coworkers. An avid historian and gifted writer, she wrote several short works about Georgetown, Rehoboth Beach and surrounding Sussex County locations, as well as short compositions for children's books and poems. Mrs. Dyer was known to submit Editorials to the local newspapers, in the tradition established by her father, Clarence K. Lynch, on topics ranging from protecting the charm of Rehoboth to preserving the iconic white benches on the Boardwalk and Rehoboth Avenue. Her deepest passion was reading her Bible and devotional books, listening to Dr Charles Stanley and Pastor Andy Ehlers of High Tide Church. Ann's other interests included watercolor painting, attending women's Bible studies and being present as the Matriarch with her family, to whom she was so devoted and committed. Asa member of Calvary Methodist Church in Milford and more recently of High Tide Church, she seldom missed a Sunday worshipping her Lord. In addition to her parents and her sister, Mary Lynch Taylor, who passed in 2010, Mrs. Dyer was predeceased in death in May, 2018 by her beloved husband of 69 years, Preston Latchum Dyer, who always promised to and we have no doubt did meet her at the East Gate of Heaven upon her arrival in Heaven and by her maternal grandparents, Mr. and Mrs. Edward S. Pettyjohn. Ann is survived by her son, Preston Lynch Dyer Sr of Ocean View, DE and his wife Debra C. Dyer. Also surviving are her grandchildren, Preston Lynch Dyer, Jr. and his wife Lindsay M. Dyer and their son Preston Lynch Dyer III and their daughter Meghan Lee Dyer of Dallas, TX, Mason Taylor Dyer and his wife Deanna Dyer and their son Ford Fitzgerald Dyer and their daughter June Marie Dyer of Ocean View, DE, and Madison Ward Dyer and his wife Summer Bunting Dyer and their son Shepard Scott Dyer of Cardiff, CA. Mrs. Dyer was truly blessed to live at home in Rehoboth Beach in accordance with her wishes, through the care and love of several ladies, who had taken care of Mr. Pret and Ms. Ann over the last several years, which added such joy and contentment to their lives. The theme for Mrs. Dyer's final months characterized her lifelong attitude toward her faith in Christ Jesus as being, "Thankful, Grateful and Blessed." A Private Burial was held on May 29th and a Celebration of Life will be held in Mid-August. In accordance with this commitment to her Lord, the family suggests contributions in lieu of flowers be made to the High Tide Building Fund, P.O. Box 127, Dagsboro, DE 19939 or to Delaware Hospice, 100 Patriots Way, Milford, DE 19901 Please sign the online condolences at this site.

Ann Lynch Dyer, age 90, of Rehoboth Beach, Delaware, went Home to be with her Lord and Savior, Jesus Christ, on Monday, May 25, 2020 at her home, while her faithful caregiver, Rose Lawson and her son, Preston Lynch Dyer, Sr. were present. Born... View Obituary & Service Information

The family of Ann L. Dyer created this Life Tributes page to make it easy to share your memories.

Send flowers to the Dyer family.