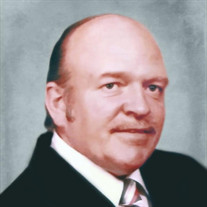 Alfred Davidson, Jr., age 85 of Dagsboro, DE, passed away on Friday, October 1, 2021, at Beebe Healthcare in Lewes, DE. He was born in Washington, DC, son of the late Alfred E. Sr and Lillian Elizabeth (Olson) Davidson. Mr. Davidson graduated from Anacostia High School in S.E. Washington in 1955. He started working for Washington Gas Co. in 1963. He retired in 1996 after 33 dedicated years as a credit department special collector. Mr. Davidson was a lifelong member of the East Sussex Moose Lodge and Milford, DE Elks Lodge, First Order of Eagles Club, Ocean View, DE. He was also a member of the American Legion in Annapolis, MD, AMVETS, Harrisonburg,VA and VFW. In his spare time, Mr. Davidson enjoyed riding his Harley. Above all, he loved spending time with those he held most dear. Mr. Davidson was a loving and devoted husband, father, grandfather, and friend who will be deeply missed by all who knew him. In addition to his parents, Mr. Davidson was predeceased by his oldest daughter, Lillian Elizabeth Davidson; and his only sister, Kathryn McCaffrey. He is survived by his beloved wife of 34 years, Shirley (Torres) Davidson; his children: Alfred (Brenda), Josephine, and Amy and her children, Grace and Jack, whom he adored and was their Pop Pop;his step-sons: Mike and Steve Torres; his grandchildren: Justin (K.C.) of Ohio and their 5 children; his step-grandchildren: Anthony, Travis, Tiffany, and Britney; his niece Karen Cook (David); his nephews: Richard McCaffrey and Kevin McCaffrey; and his cousins: Roger Davidson and Mary White. A memorial service will be held at a later date. Arrangements have been entrusted to Parsell Funeral Homes and Crematorium, Clarksville Chapel, Ocean View, DE. In lieu of flowers, the family suggests donations in Mr. Davidson's memory to Alzheimer's Association, www.https://act.alz.org/site. Please sign the virtual guestbook located on the tribute page.

The family of Alfred Edward Davidson Jr. created this Life Tributes page to make it easy to share your memories.

Send flowers to the Davidson family.