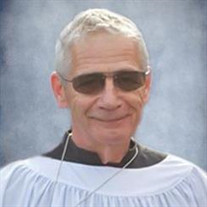 FLORIST NOTE: PLEASE DELIVER ALL ARRANGEMENTS DIRECTLY TO THE FAMILY. Alan Michael Strigga, 73, passed away peacefully on December 2, 2019. Alan was born in 1946 in The Bronx, NY, to Alex and Grace Strigga, and spent his childhood years in Nassau County, Long Island with his sister Susan. He was a graduate of Muhlenberg University. After graduating from Muhlenberg, Alan lived in Philadelphia, where he established friendships that would last throughout his lifetime. In 1979, Alan moved to San Francisco, where he began working for the San Francisco Department of Health. During his first two years in San Francisco, Alan met Bruce Clayton, who would become his husband and partner of 38 years. Alan returned to Philadelphia in 1985 with Bruce. He continued to work in healthcare in Philadelphia, first as the Administrator for the Department of Surgery at Temple University, and subsequently as the Administrator for the Department of Dermatology at Jefferson University. During their nearly 25 years in Philadelphia, Alan and Bruce cultivated many lifelong friendships. In 2008, Alan retired from Jefferson University and, in search of a quieter life, Alan and Bruce moved to Lewes Delaware. After moving to Delaware, Alan joined All Saints’ Episcopal Church and St. George’s Chapel, where he found love and community within the church. Alan quickly became an integral part of All Saints’ and St. George’s by serving on the vestry, and becoming a Eucharistic Minister. He subsequently volunteered to manage the church cemetery at St. George’s Chapel. Alan loved his involvement in the church, and loved the members with whom he served. Alan is survived by Bruce, as well as his sister Susan Linhart, and his nieces Lisa Famoso (Linhart), and Amy Linhart, and cousins Theresa Molnar, Charles Molnar, Elizabeth Kasko , Barbara Lyon, Jean Allen, and Albert Toth He is also survived by his beloved furry kids Senor Pickle and Leo the Gypsy. A memorial service will be held Saturday, Jan. 18, 2020, at 10 a.m., at All Saints’ Episcopal Church, 18 Olive Ave., Rehoboth Beach, where all are welcome. In lieu of flowers, donations in Alan's memory may be made to Camp Arrowhead, 35268 Homestead Way, Lewes, DE 19958, or www.camparrowhead.net, or the National Alliance on Mental Illness, 21133 Sterling Ave., Suite 12, Georgetown, DE 19947, or www.namidelaware.org. Please sign Alan's online guestbook located on the tribute page.

FLORIST NOTE: PLEASE DELIVER ALL ARRANGEMENTS DIRECTLY TO THE FAMILY. Alan Michael Strigga, 73, passed away peacefully on December 2, 2019. Alan was born in 1946 in The Bronx, NY, to Alex and Grace Strigga, and spent his childhood years in... View Obituary & Service Information

The family of Alan M. Strigga created this Life Tributes page to make it easy to share your memories.

FLORIST NOTE: PLEASE DELIVER ALL ARRANGEMENTS DIRECTLY TO THE...

Send flowers to the Strigga family.